NYRA aims to race at Belmont, Saratoga behind closed doors 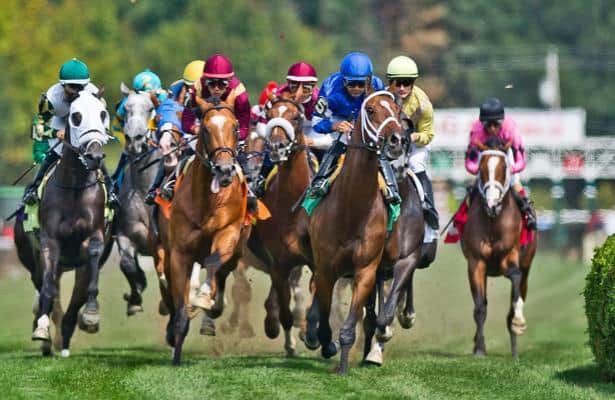 Hours after New York Gov. Andrew Cuomo weighed in on the potential of racing this summer at Saratoga, saying fans could "overwhelm" the region and potentially spread the coronavirus, the New York Racing Association clarified its plans Wednesday.

In a statement, NYRA said it intends to race this spring at Belmont Park and in the summer at Saratoga with both meets closed to the general public.

"We recognize that decisions about large scale events are rightly left to our elected leaders and public health officials," the statement says. "At the same time, horse racing is in a unique position as a sport that can be safely staged without attendees. Earlier this week, Governor Cuomo encouraged sports entities to consider how they could operate without fans in attendance that would be economically viable while providing much needed entertainment.

"By closing to spectators and reducing employees and support staff to only those who are required under the rules of racing, the running of races would support the small businesses and hourly workers who form the backbone of the sport."

Before cases of coronavirus were confirmed on the Belmont backstretch -- that's where training has been exclusively housed on the NYRA circuit since Jan. 1 -- racing was conducted behind closed doors at Aqueduct only a short drive away.

"Our experience during this period of time, as well as our ability to continue the training operation at Belmont Park throughout the pandemic, informs the strict safety protocols that we currently have in place at Belmont Park and would seek to implement at Saratoga Race Course," NYRA's statement says.

A firm date hasn't been given for the resumption of racing in New York, with the June 6 Belmont Stakes and its accompanying lineup of top graded stakes still on the schedule.

"By closing to the public, layering additional health and safety protocols to our ongoing practices, and reducing the number of employees on-property, NYRA is in a position to provide a small sense of normalcy for fans across the country who can watch on television and online," the statement reads. "At the same time, this model will enable NYRA to preserve its ability to serve as the cornerstone of an industry that generates more than 19,000 jobs in New York and $3 billion in annual economic impact.

"This is a delicate balance, and one that must always prioritize health and safety. NYRA has experience finding that balance and we are committed to taking every step possible to keep our communities safe while providing entertainment and contributing to the New York economy as we collectively begin the return to a new normal."