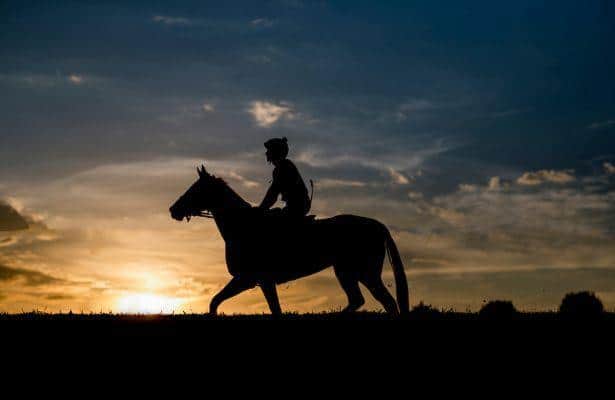 Alborano, from New Jersey, raised money to buy former racehorses from Louisiana kill pens and boarded them at Parker’s property in Farmerville, La., bringing to the forefront complications of equine rescue from potential slaughter. But the horses were kept in chicken houses, and a previous NTWO report, "The Fight for Louisiana: Dina Alborano and Horses at Risk," questioned the care icareihelp's horses were receiving.

According to Tuesday's dispatch authored by the NTWO's Victoria Keith, those chicken houses are now empty.

after a long cantankerous year in LOUISIANA in the rescue of racehorses- much gratitude to the Union Parrish sheriffs office for their diligence getting to the "truth" https://t.co/HvgmzOWF9Z

Parker was arrested at approximately 8:30 a.m. CT by the Union Parish Sheriff, according to the NTWO, with his bond set at $250,000. He was charged with two felony and two misdemeanor counts of animal cruelty, as well as one felony count of livestock theft involving horses.

The NTWO also notes multiple search warrants have been issued and additional charges are expected against Parker and possibly other individuals.

Rick Porter’s Fox Hill Farm, which campaigned champions such as Songbird and Havre de Grace, announced the creation of the NTWO, a 501(c)(3), nearly a year ago. The non-profit’s mission is to intercept horses from the racetrack and re-home them before they are sent to auction in kill lots. The NTWO has since partnered with Delta Downs and Evangeline Downs in Louisiana. Both tracks are owned by Boyd Gaming Incorporation.

Read more on Parker’s arrest from the NTWO in the post below: