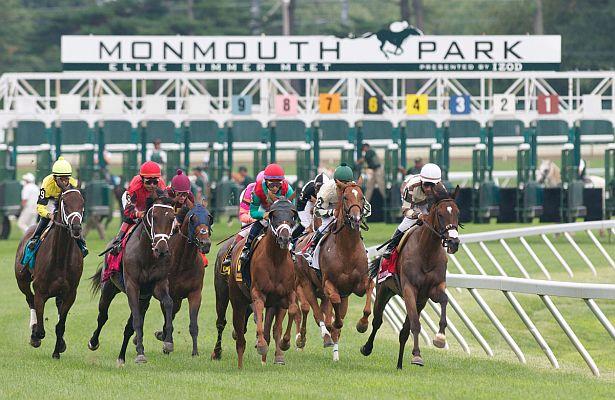 Zanim R. Meahjohn’s Munirah rode the rail to victory and posted a head win in the Grade 3, $100,000 Boiling Springs Stakes as Susan Knoll’s Blue Violet shot through on the inside to post a half-length win in the $75,000 Lady’s Secret Stakes at Monmouth Park on Monday.

“I just let her break and decided to take her back to last to relax,” said winning jockey Trevor McCarthy.  “It was an honest pace and she was really able to save ground and pick it up at the end.  The more she’s run, the more she’s learning and she showed her class today.”

A daughter of Kitten’s Joy from the Red Ransom mare Speed to Burn, Munirah sports a record of 2-1-0 from three career starts.  She has now earned $88,400.

“The plan was to sit right in behind the speed and that’s what we did,” said winning jockey Jose Caraballo.  “I knew there were a couple good speed horses in there so I just sat behind them.  She was so comfortable – really into the bit and just cruising.  In the stretch, the inside opened and when they did that they gave me the race.”

Trained by Larry Jones, Blue Violet is a 4-year-old filly by Curlin from the Silver Deputy mare Gasia.  She has won four of her 16 lifetime starts, good for earnings of $171,576.