Multiple Arkansas Derby bids on the line in the Oaklawn Stakes 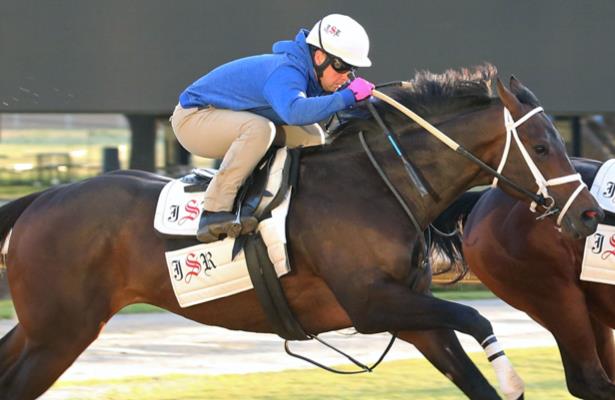 With the Arkansas Derby (G1) the last remaining points race on the current Kentucky Derby 2020 qualifying calendar, the gate’s expected to be a crowded place come May 2.

The surest way in: an on-the-board finish in Saturday’s $200,000 Oaklawn Stakes, a local 1 1/8-mile prep that grants automatic Arkansas Derby bids to its top-three finishers.

Last year, this race inaugurated as the Oaklawn Invitational and ran within minutes of the Kentucky Derby on the first Saturday in May. Its winner, Laughing Fox, graduated to the Preakness Stakes.

As effects of the COVID-19 pandemic reverberate through racing, this race reemerged as a traditional stakes with a nomination process that’s drawing a number of familiar 3-year-old names.

Last out stakes winners on the list of possible contenders ahead of Wednesday’s entry deadline include the Gotham Stakes (G3) winner Mischevious Alex and Sir Rick, who took Sunland Park’s Mine That Bird Derby for the hot Robertino Diodoro barn.

Also prominent are the late-running second (Excession) and third (Basin) finishers behind Nadal in Oaklawn’s Rebel Stakes (G2). Nadal could return for the Arkansas Derby, but trainer Bob Baffert has at the ready a host of other 3-year-olds, among them unbeaten Charlatan, should he choose to ship one or more for the Oaklawn Stakes as well.

The non-stakes ranks have produced a trio of formidable contenders. Blackberry Wine, disqualified from two prior victories, broke his maiden (again) with ease on March 14 at Oaklawn; Shared Sense registered a nose allowance win to earn consideration for this spot; and Taishan bounced back from a pair of defeats on the west coast to score in the Oaklawn allowance ranks, too.

Trainer Bret Calhoun may have two in this spot after Mr. Big News was left on the also-eligible list and out of the recent Louisiana Derby (G2). Digital, away since finishing fifth in a division of the Risen Star (G2), may also go long again here.

Todd Pletcher-trained Farmington Road was another who didn’t draw into the Louisiana Derby. He could set the barn up for a later-than-usual first Derby trail victory of the season with a strong showing Saturday.

The Oaklawn Stakes features on a card that also includes the $150,000 Oaklawn Mile expected to be led by Grade 1-winning millionaire Tom’s d’Etat. Those added-money races are Saturday’s only stakes scheduled on major circuits in the United States.

Looking ahead to the Arkansas Derby, Oaklawn Stakes contenders are vying to join a group expected to include the Louisiana Derby hero Wells Bayou and Tampa Bay Derby (G2) winner King Guillermo, among other graded winners.

*Rating is based on HRN fan votes, which rank the Top Active Horses in training.
Oaklawn Stakes