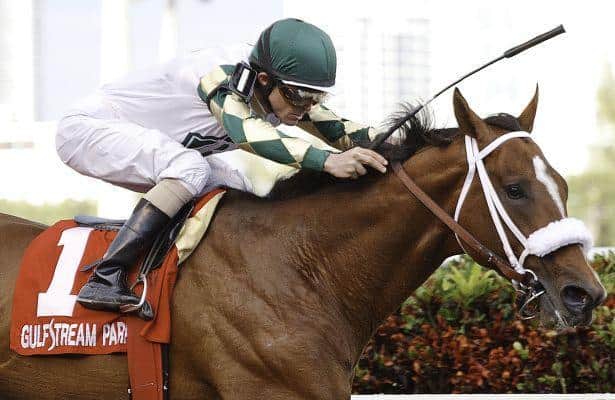 Mucho Macho Man, most recently third in the Grade 1 Whitney Invitational Handicap, has been scratched from today's 60th running of the Grade 1 Woodward.

The 5-year-old, the 9-2 fourth choice on the morning line for the Woodward, has run three times this year, also finishing third in the Criminal Type overnight stakes on June 14 at Belmont Park and being pulled up in the Sunshine Millions in January over a sloppy track at Gulfstream Park.

"It's a huge disappointment," said owner Patti Reeves of the decision. "We just don't want to risk running him on an off track."

Reeves said Mucho Macho Man could make his next start in the Grade 1 Jockey Club Gold Cup on September 28 at Belmont.

Racing returns to Oaklawn with opening day Derby prep
Racing at Oaklawn Park is set to resume Friday as...