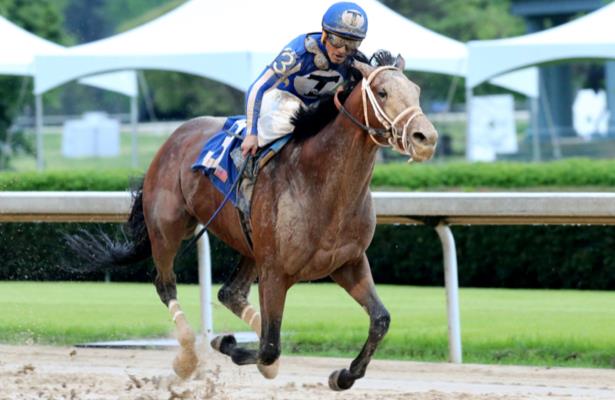 “Right now he came out of the Derby well; we’re definitely pointing that direction,” Calhoun said at Churchill.

Mr. Big News rallied from 10th to finish third in the Kentucky Derby, 3 1/4 lengths behind victorious Authentic and two lengths behind heavy favorite Tiz the Law. The Giant's Causeway colt earned a free spot in the Preakness Stakes by virtue of winning Oaklawn Park’s $200,000 Oaklawn Stakes at 46-1 odds, almost identical to his Derby odds. In between those races, Mr. Big News was sixth in Keeneland’s Grade 2 Blue Grass Stakes, won by Preakness candidate Art Collector.

Calhoun said the Preakness decision will be almost solely made on “just how he’s doing,” not on the other horses showing up.

“I want him to be coming into the (Preakness) just like he came into the Derby,” he said. “If he’s going that good, we’ll run. Who else is running really doesn’t have a big bearing. We’re getting to the end of the 3-year-old races, so my options are either run him there, go to the turf or back off. I really don’t want to run him against older horses at this point in time. So if he’s doing really, really well, like he was coming into the Derby, we’ll definitely run in the Preakness.”

Of the Derby, Calhoun said, “At the 3/8 pole I got pretty excited. I thought he might win the whole thing. I knew they were going pretty fast in front of him, and I thought they might back up to him. He was moving pretty good to them. But the 1-2 finishers are very, very good horses and when they straightened up, they went on and we didn’t close the gap very much from there.”