Mott has Channel Maker aiming for date at Saratoga 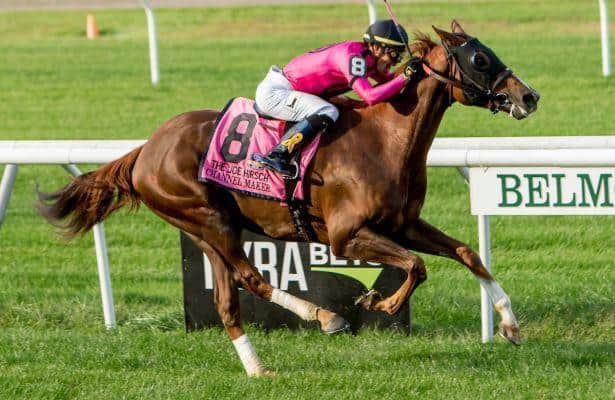 Trained by Hall of Famer Bill Mott, the 7-year-old English Channel gelding was a game second in the Neom Turf Cup (G1) on Feb. 20 in Saudi Arabia before a distant eighth to multiple Group 1 winner Mishriff in the Dubai Sheema Classic (G1) on March 27 at Meydan.

Channel Maker captured the 2018 Bowling Green when dead-heating with Glorious Empire and has finished a respective fourth and third in the previous runnings.

“He’s doing great, looks great and has travelled well,” Mott said. “He’s just a nice horse to have in the barn. He always shows up even if he doesn’t win.”

Following the Bowling Green, Mott said he would “absolutely” look at the Sword Dancer Invitational (G1) on Aug. 28 at Saratoga.

Mott added that the Troy (G3) on Aug. 6 is a likely target for Casa Creed, who last out won the Jaipur (G1) on June 5 at Belmont.

The 5-year-old Jimmy Creed bay has won two straight races, capturing the Elusive Quality ahead of his Jaipur coup. The Troy, which is run at 5 1/2 furlongs, will be the shortest distance Casa Creed has raced in his 20-race career.

Mott confirmed graded-stakes winner Antoinette will race in the Shuvee (G3) next Sunday. The homebred daughter of Hard Spun was a last-out second to Letruska in the Fleur de Lis (G2) at Churchill Downs.

Frank Fletcher Racing Operations’ J L’s Rockette, a recent maiden winner at Ellis Park, could make her next start in the Adirondack (G2). The juvenile daughter of Into Mischief worked a half-mile in 49.32 seconds on the Oklahoma training track on July 16.