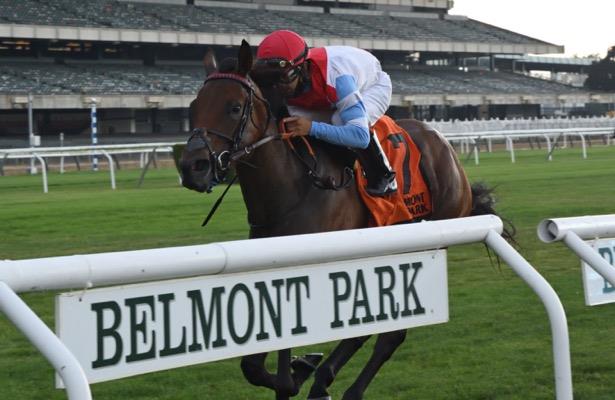 Trainer Graham Motion said he is already thinking well into 2021 with multiple graded stakes-winner Mean Mary with a title defense in the New York (G2) at Belmont Park a summer option for the well-bred daughter of Scat Daddy.

Owned and bred by Alex Campbell, Jr., Mean Mary was a gate-to-wire winner of this year's New York, which she won by 5 ¼ lengths under jockey Luis Saez. She was a last out seventh in the Breeders’ Cup Filly & Mare Turf on Nov. 7 at Keeneland, where she was in contention early on and maintained a favorable position in mid-stretch before fading.

Motion also saddled Invincible Gal and Alda in the Juvenile Fillies Turf, who finished a respective 11th and 12th.

“They all came back well,” Motion said of his Breeders’ Cup contingent. “I was hoping for a better run from Mean Mary, but it’s the Breeders’ Cup and these races are obviously very tough.”

Out of the Grade 1-winning Dynaformer mare Karlovy Vary, Mean Mary posted her fourth straight victory in the New York which she followed with a game runner-up finish to Rushing Fall in the Diana (G1) on Aug. 23 at Saratoga. Prior to the New York, she won the La Prevoyante (G2) going 1 ½ miles and Orchid (G3) going 1 3/8 miles, both at Gulfstream Park, displaying a similar frontrunning fashion.