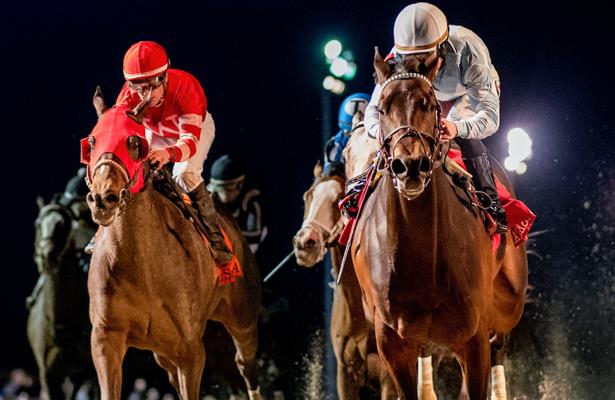 Trainer Bill Mott has Modernist, winner of a division of the Risen Star Stakes (G2), under consideration for but not definite to appear next in the June 20 Belmont Stakes.

The Uncle Mo colt emerged as a 2020 Kentucky Derby hopeful in February's Risen Star, then followed up with a third-place showing in the Louisiana Derby (G2) in March.

“We’ll nominate,” Mott said of the Belmont, the first leg of the Triple Crown series this year. “I don’t know if we’re going to run there. We haven’t made a decision on that. I wouldn’t rule it out, put it that way."

Modernist shows two recent works, including a half-mile breeze Wednesday in 49.40 seconds at the Payson Park Training Center in Florida.

“With all of the confusion with racetracks not opening and that sort of thing, we just thought that it would be a good time to give him a little bit of a break," Mott said. "We decided to bypass the Arkansas Derby, and so he was in training all the time."

A homebred owned by Pam and Martin Wygod, Modernist has 70 points on the Derby leaderboard, good for seventh.

For now, Mott said, “we’re looking forward to the second half of the year. There’s a lot of prep races that were missed. We missed the Derby. The whole schedule is different.

"We’re not locked in to having to go to one of the Triple Crown races. We could if we wanted to, but we’ll see how he’s going. We may give the Belmont a try, but we’ve got to get going.”

Between the Belmont and the Sept. 5 Derby is the July 18 Haskell (G1) at Monmouth Park, while Saratoga's Travers (G1) still needs to be scheduled.

Modernist became a stakes candidate having broken his maiden at third asking Jan. 25 at Aqueduct. Mott said the colt is “laid back, takes care of himself. He’ll do what you ask him to do when you work him, but nice. If you want him to go easy, he goes easy, if you want him to pick it up, he’ll pick it up. He’s quite tractable.

“I see him every day, and I’m trying to learn something new about him every day. He’s been very straightforward.”