Mo Donegal owners hope he can return to racing 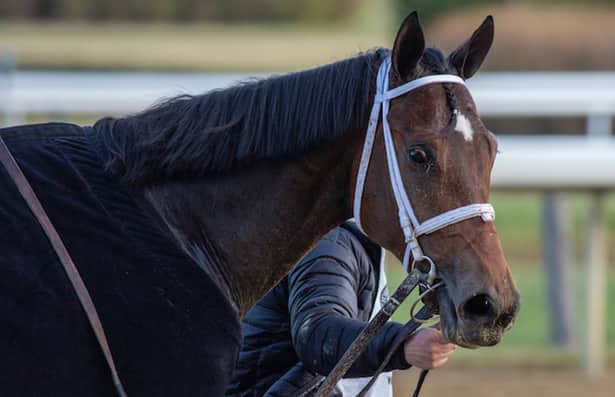 Almost as soon as Mo Donegal closed powerfully in the Belmont Stakes to give Donegal Racing its first Triple Crown win, an excited Jerry Crawford began anticipating big moments to come. He thought the Grade 1 Travers was well within reach in late August; he eagerly awaited a shot against older horses in the Breeders’ Cup Classic in early November.

Crawford, CEO of Donegal Racing, envisioned a 4-year-old season that might feature, in the early stages, the Dubai World Cup (G1) and perhaps the Saudi Cup (G1) as well. That would have been in keeping with his belief as Donegal’s founder and president that partners should have the opportunity to enjoy top runners for as long as those horses are sound in body and willing in spirit.

“That has been our philosophy from day one,” Crawford said. “I think the sport benefits from horses that stay on the track longer.”

Yet Mo Donegal might join the long list of emerging stars who were gone almost as soon as they started to shine. His career is very much in jeopardy because of bone bruising that was announced on July 2. After he failed to display his usual vigor during morning gallops, trainer Todd Pletcher decided to send him for an extensive veterinary examination. That led to the discovery of bone bruising and a recommendation that he receive 60 days of rest.

“We’ll go over him very carefully in 60 days and see what kind of progress he has made, and then we’ll consult with Dr. Bramlage and see where we can go from there,” Crawford said. Dr. Larry Bramlage is one of the pre-eminent veterinarians of his era. His opinion often is sought when high-profile horses are involved.

Not surprisingly, the son of brilliant 2-year-old champion Uncle Mo is drawing interest as a potential stallion. “That’s very flattering,” Crawford said. “Obviously, our first choice would be if we could race him again. But in this business, you have to examine all of your options.”

Financial considerations led Crawford to sell a 25 percent interest in the Remsen and Wood Memorial winner to New York native Mike Repole before the Kentucky Derby. Mo Donegal wore Repole’s blue and orange silks when he captured the 1 1/2-mile Belmont, known as the “Test of the Champion,” by finishing three lengths ahead of stablemate Nest, a filly.

The Belmont score gave Mo Donegal his fourth victory in seven lifetime starts with a pair of third-place efforts. His earnings soared to $1,511,800. The $250,000 yearling purchase has failed to hit the board only once, but it came at the worst possible time. He drew the rail and was in trouble throughout the mile and a quarter in finishing fifth in the Kentucky Derby for jockey Irad Ortiz Jr.

“We thought maybe we had gotten past our bad luck after the trouble he had in the Derby,” Crawford said.

The head of Donegal Racing said he has not given any thought to what Mo Donegal’s comeback might look like if the youngster is able to make it back. Pletcher estimated that a 60-day layoff could require as many as 120 days of training before a return to competition.

“I’m just trying to stay focused on the next step along the way each time,” Crawford said. “I’m not setting myself up for disappointment.”

If the Belmont should be Mo Donegal’s last hurrah, Crawford sounded as though he could be at peace with that. “He is magnificent. He has performed brilliantly,” he said. “He certainly doesn’t owe us anything.”