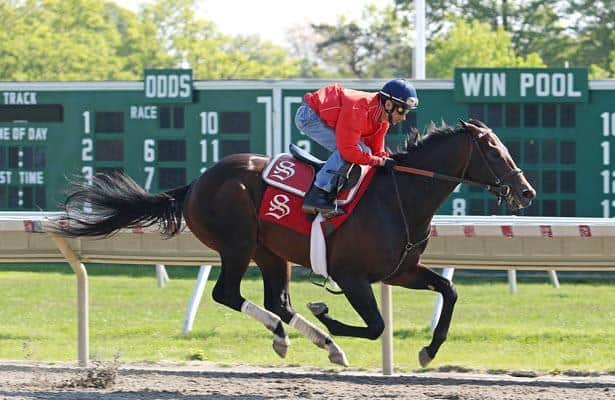 Mind Control captured the Hopeful (G1) as a juvenile and the H. Allen Jerkens (G1) in August. He entered Saturday's test off of Grade 3 wins in the Toboggan and Tom Fool Handicap at Aqueduct.

With Hall of Famer John Velazquez up, Mind Control tracked from fourth position in the early running of Saturday's seven-furlong sprint but failed to fire when asked.

Sacco said Mind Control, owned by Red Oak Stable and Madaket Stables, came out of the race in good order and will train into the Grade 1 Vanderbilt at Saratoga.

"He came back well and scoped clean, so we'll move on and point to Saratoga for the Vanderbilt," said Sacco.

The Shanghai Bobby colt underwent surgery to correct a breathing issue following an off-the-board effort in the Stymie on March 7 at the Big A and Sacco said he was impressed with Joevia's return effort.

"It looks like he's back on track. It was a hot tempo but he hung in there," said Sacco. "The top two are Grade 1 horses and he's probably a cut below them. He cooled out super, and I think the breathing issues are behind us.

"I think he'll be better at longer distances from a mile and an eighth to a mile and a quarter," continued Sacco. "He pressed a hot pace and hung on pretty good. The top three finishers came from off the pace. We'll pick something out for him at Belmont or Saratoga."