Mind Control 'sharp' enough to add to his schedule at Aqueduct 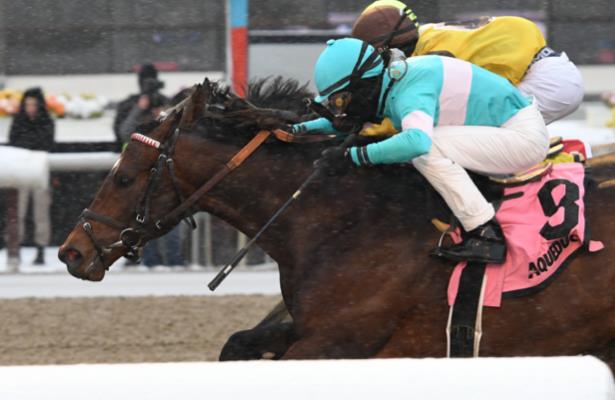 The connections of Mind Control intend to space out his campaign this season, originally planning five or so more races for the dual Grade 1 winner in 2020.

“The horse is doing awesome,” Sacco said. “We might run instead of all this breezing.”

A son of Stay Thirsty, Mind Control won the Hopeful (G1) at age 2 and the H. Allen Jerkens (G1) at 3. To start this season, he pressed a surprising pace setter in Still Having Fun — who normally comes from farther back — before eking out a nose win in the Jan. 18 Toboggan (G3), also at Aqueduct.

“Mind Control likes to run at horses,” said Sacco, the brother of trainer Gregg Sacco. “He kind of loafed a little bit on the lead, and then when the horses came up to him, he kicked back on again.

“It was a close race to win — we’re thrilled that we won — but we galloped out unbelievable. He opened up on the whole field.”

Since then, Mind Control has breezed twice at Belmont Park, most recently going a half mile on Feb. 9 in 49.08 seconds. Sacco said his next work in the coming days could determine whether they’ll use the Tom Fool as a prep for the Carter.

“The horse is very, very sharp,” he said.

And also quite good at Aqueduct, where Mind Control has won three stakes and ran second in the Gotham (G3) in his other start there. Overall, the colt is 6-2-1 in 11 career starts.

Beyond the Carter, races such as the Metropolitan Handicap (G1) loom for the one-turn specialist.