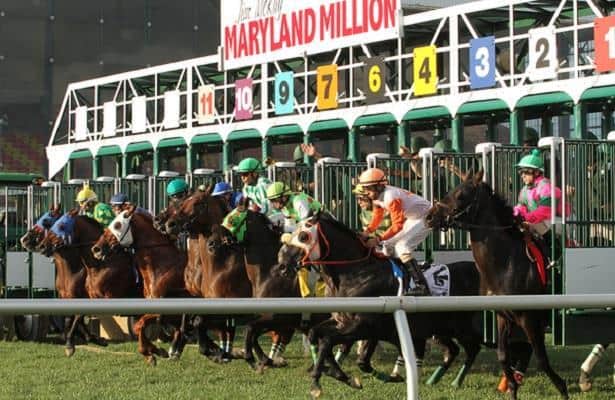 Regulators who make up the Mid-Atlantic alliance of racing interests met Wednesday to discuss the past, present and future of racing safety in a region of the country considered crucial to the overall success of horse racing.

While alarming statistics were raised from the past, current numbers related to equine fatalities provided bring much hope for the future.

Clenbuterol, which is designed to treat respiratory issues, was at the forefront of the conversation. It has long been considered by many to be a harmful, potentially performance-enhancing drug. Earlier this year in an op/ed in The Thoroughbred Daily News, Hall of Fame trainer Mark Casse called it "the most abused drug in our industry."

With that as background, the findings of Scott Palmer -- equine medial director for New York State Gaming Commission -- should come as no surprise.

This week Palmer noted that 77% of runners trained by those who were federally indicted earlier this year, including Jason Servis, Jorge Navarro and Michael Tannuzzo, were found to have clenbuterol in their systems.

“Clenbuterol is a drug that has, in addition to its ability to affect lower airway disease and improve it, [an ability to act as] a repartitioning agent [that] is used in humans for body-building effects, Palmer said. "It is basically an end-run around on our anabolic steroid ban, and so I was very interested in proving that.”

Palmer's words have not fallen on deaf ears. The Maryland Racing Commission took the first steps towards creating a new rule to eliminate the allowable race-day threshold for clenbuterol in October.

“We had concrete evidence that clenbuterol was being widely abused in the Thoroughbred horses," Palmer added.

A crackdown on clenbuterol has been one of many reforms that Mid-Atlantic tracks have been taking on this year. A mortality review board, new voidable claim rules and enhanced penalties for overages are some of the changes that have led to safer racing all year.

Palmer noted that the Mid-Atlantic area has a 1.21 fatal incidence rate per 1,000 starters this year, down from 1.8 last year and much better than the national average. According to the statistics, 99.9% of starts in the Mid-Atlantic have been run without a fatality.

The Mid-Atlantic numbers and Santa Anita Park's report that they suffered zero breakdowns during their latest meet are further proof that safety reforms have had a positive impact on the sport. Meetings of the minds such as Wednesday's conference are important to ensure that the positive trend continues.