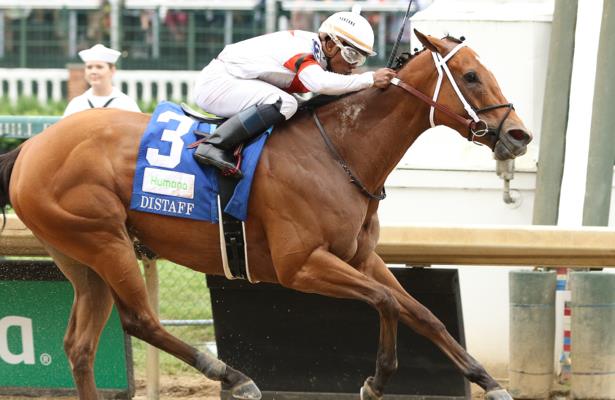 Stonestreet's Barbara Banke intended all along to continue racing Mia Mischief and keep her with Asmussen; together, they've paired to campaign a number of top racehorses, including the great Curlin.

“I have a certain date in mind for her when she finishes her career,” Banke said last November of Mia Mischief.

That likely means eventually pairing the daughter of Into Mischief with Curlin himself, now a top sire standing at Hill 'n' Dale Farms.

“We hope to get a stallion prospect out it,” Banke said.

Mia Mischief drew the No. 2 post position for a six-furlong return Friday. The eighth race is for older fillies and mares with post time 5:51 p.m.ET.

One of Mia Mischief's rivals Friday at Oaklawn is Shanghai Tariff, who finished fourth in the Dream Supreme, and Hotshot Anna, a multiple stakes winner nearing $1 million in earnings.