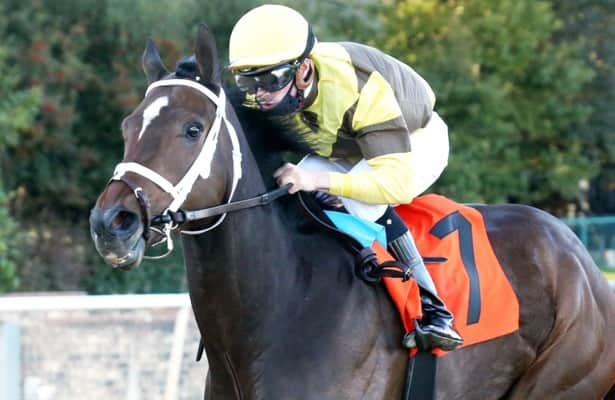 With a little more than three months remaining until the 2021 Kentucky Derby, bettors have a good idea of who the fastest 3-year-olds on the Derby Trail are. The next step for these swift sophomores is to prove they can carry their speed over more demanding distances.

It is one thing to be fast going six furlongs or one mile and an entirely different thing to maintain that speed over a classic distance. Life Is Good and Jackie's Warrior, the first 3-year-olds in the current crop to achieve a Beyer Speed Figure above 100, both have questions surrounding their ability to carry their speed for 1 1/4 miles.

Essential Quality's 95 Beyer Speed Figure that he earned while capturing the Breeders' Cup Juvenile remains the highest number for any runner beyond one mile. Considering he earned that number as a 2-year-old, he needs to show only marginal improvement to remain at the top of the division.

He continues to gain new company each week, however, as top prospects emerge.

The Great One (92), Prevalence (89) and Concert Tour (88) all recently earned impressive speed figures while breaking maiden in convincing fashion. The Great One already is stakes placed, while Prevalence and Concert Tour are a bit behind in the game after not starting as 2-year-olds. All three colts certainly have enough upside to record a triple-digit Beyer Speed Figure in the near future.

Speaking of visually impressive performances, Caddo River proved he was the real deal while demolishing the Smarty Jones Stakes at Oaklawn en route to a 92 Beyer Speed Figure. The Brad Cox trainee has gotten better as the distances have increased and is a big threat going forward.

Brisnet was less impressed with the Sham Stakes, giving Life Is Good a 98, two points lower than the 100 he earned for his debut win. Brisnet values the strength of the Remsen Stakes (G2) as Brooklyn Strong (107) and Table for Ten (106) have gained the two highest ratings thus far.

There is plenty of room for debate on who the fastest 3-year-old is at this stage, but it is becoming obvious that this has the potential to be one of the most promising groups of 3-year-olds in recent memory.

Below is a list of the fastest performances among the 2021 Kentucky Derby contenders sorted in order of highest Beyer Speed Figures.