Too wide: Medina Spirit will not go to Pennsylvania Derby 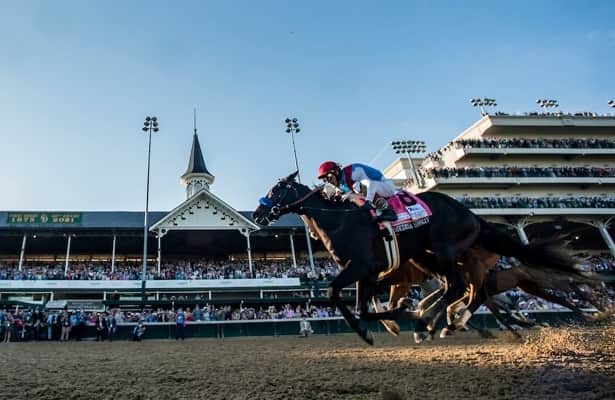 Speaking by phone from his base in California, Baffert said he pulled the plug after thinking more about the draw for the 1 1/8-mile Pennsylvania Derby, a race he has won three times. What it came down to, Baffert said, was the draw.

He didn’t like that Medina Spirit was going to start from post position 9. Medina Spirit, who does his best running from on the lead, had two other solid speed horses – Hot Rod Charlie (post 7) and Midnight Bourbon (post 8) inside of him.

“I don’t like the way he drew, I wasn’t happy with the draw,” Baffert said. “I didn’t like the way the race was setting up. There is too much speed. It’s a tough race. I have a lot of respect for the other two horses. There is not much separating them, but I would be at a disadvantage. That’s why I’m passing.”

Medina Spirit has won three of seven starts this year, including his most recent race, the $100,000 Shared Belief at Del Mar on Aug. 29. That was his first start since a third-place finish in the Preakness at Pimlico on May 15.

Baffert said Medina Spirit will stay in California and be pointed to the $300,000 Awesome Again (G1) at Santa Anita on Oct. 2.

“If I am going to run in the Breeders’ Cup (at Del Mar on Nov. 6), his best chance is to stay home and run here,” Baffert said. “I was looking forward to it (Pennsylvania Derby). It’s a great race with him in there. I want to do what is best for the horse. He is doing really well and I don’t want to knock him out. It’s a long trip and it’s a tough race.

“When I saw that draw, right away I said, 'oh man!' " he said. “Part of my success is knowing when to run, what is right for the horse. You have to manage these horses the right way. When you feel something is not right, you just have to wait, you know? He could still win from out there, but I don’t want to put him through that. I am thinking about him.”