Medaglia d'Oro's Astern gets his Grade 1 in the Golden Rose 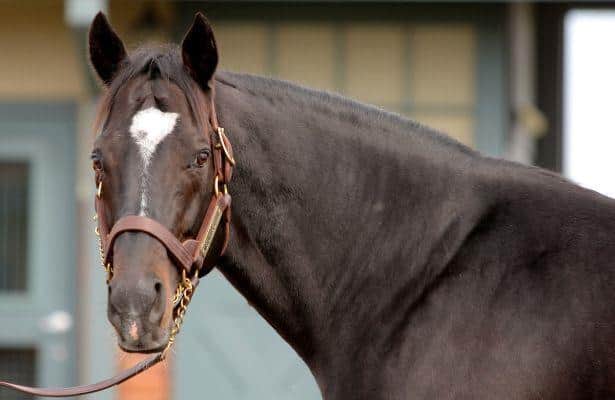 Astern, the handsome son of Champion sire Medaglia d’Oro, landed his maiden G1 victory in the Golden Rose, a race that in recent years has become synonymous with Darley stallions. Emulating the likes of Exosphere, Hallowed Crown, Epaulette and Denman, the three-year-old colt won Sydney's first Spring feature in what was a breathtaking victory over 1400m at Rosehill on Saturday 10 September.

Jumping from an outside alley, jockey James McDonald elected to settle towards the back of the field in what appeared to be a challenging position. Astern loomed the widest runner as they turned for home and unleashed an electrifying turn of foot to triumph over an elite group by over two lengths. Godolphin stablemate and son of Lonhro Impending finished in third.

Astern was bred by Darley and is out of the Exceed And Excel mare Essaouira, who has had three winners from as many runners. A half-brother to exciting Lonhro colt Mogador, this is the family of the Champion three-year-old filly Triscay, a five-time G1 winner in Australia.

Adding to his sire’s impeccable record, Astern becomes the fifteenth individual G1 winner for Medaglia d’Oro, joining the likes of Rachel Alexandra, Songbird,Mshawish, and Vancouver. The outstanding colt has earned his place amongst such prestigious company with four wins at Group level from just six starts.