Code of Honor will bypass Jim Dandy, train toward Travers 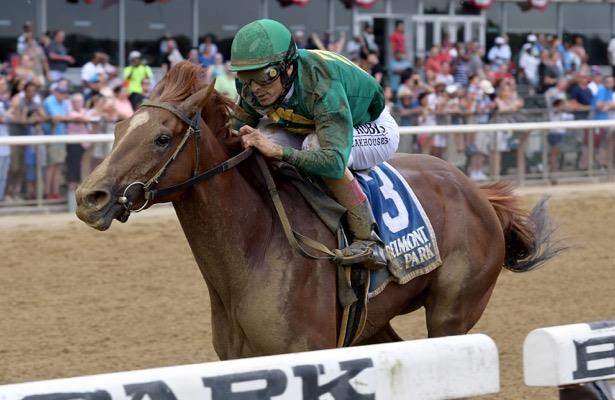 McGaughey will instead train the graded stakes-winning 3-year-old up to Aug. 24’s $1.25 million Travers Stakes (G1), also at the Spa.

Code of Honor put in his first of those works Monday, going three furlongs in 38.45 seconds over Saratoga’s dirt training track.

“I’ll let everybody bang their heads Saturday and we’ll come in there (to the Travers) with a fresh horse,” McGaughey said.

The Noble Mission colt Code of Honor won the Dwyer Stakes (G3) on July 6 at Belmont Park, scoring by 3 ¼ lengths as the 13-10 favorite in a field of six.

The Dwyer was the W.S. Farish homebred’s first start since he was elevated to second May 4 in the Kentucky Derby. His 3-year-old campaign has also included a win in Gulfstream Park’s Fountain of Youth Stakes (G2) and a third in the Florida Derby (G1) at Gulfstream.

Had Code of Honor run in the Jim Dandy, he likely would’ve been one of the top betting choices along with Preakness Stakes winner War of Will and Belmont Stakes runner-up Tacitus.

“It’s a very good race and I hate to miss it,” McGaughey said of the Jim Dandy. “It’s going to be a very, very good race, a competitive one with him out of there anyway with Tacitus and War of Will and some of the others.

“But like I said, I feel good about my decision. This is what we’re going with and we’ll see what happens as we go.”