Maximum Security works for Baffert; 'won't take long to get him back' 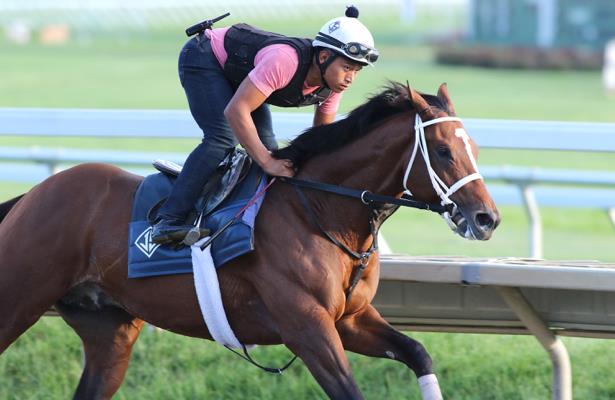 Maximum Security, in his first breeze since winning the Feb. 29 Saudi Cup, worked a half mile Monday in 49.60 seconds. Much has changed since his last drill.

The colt’s trainer, no longer Jason Servis, is Bob Baffert. His home base, no longer Florida, is rather California’s Santa Anita Park. And his reputation as a champion 3-year-old will have to be reaffirmed once back on the racetrack in the wake of the early March indictment against Servis for alleged use of performance-enhancing drugs in his horses.

“It’s not going to take long to get him back ready,” Baffert said after the drill, a solo breeze ranking 32nd-fasted of 55 at the distance.

Whereas the Gary and Mary West homebred moved through longer, slower works when in Servis’ care, Maximum Security is easing into Baffert’s program.

“We have to get him used to our schedule of works,” Baffert said. “He trained a different way. This horse has been just really easy. He’s an intelligent horse who looks really healthy. He came in looking great.”

Baffert added that “those really good ones” — and he counts Maximum Security among those ranks — “they’re not hard to train.”

Officially 8-for-10 in his career as Saudi Cup officials withhold prize money to conduct their own investigation, Maximum Security has been beaten across the wire just once. His other loss came with a historic 2019 Kentucky Derby disqualification the Wests continue to protest.

Maximum Security, who also has Coolmore on as an owner now, sports Grade 1 wins in the Florida Derby (G1), Haskell Invitational (G1) and Cigar Mile (G1).

Should Maximum Security remain in California, Del Mar’s signature race for older horses, the Pacific Classic (G1), is scheduled for Aug. 22. The San Diego Handicap (G2) at 1 1/16 miles is its local prep at 1 1/16 miles.