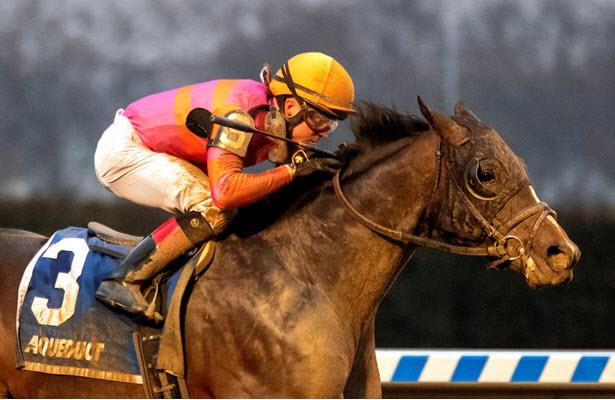 Trainer Linda Rice said in a tweet on Tuesday that the 3-year-old son of Honor Code is "likely" for what is now the opening leg of the 2020 Triple Crown.

We have had many inquiries about plans for GIII Withers S. winner Max Player. With Belmont reopening next month, he is likely to point for the GI Belmont S. June 20 right in our own backyard. pic.twitter.com/Y8zaFZYH55

Max Player was previously considered a probable starter in Saturday's $150,000 Matt Winn Stakes (G3) at Churchill Downs. That was, however, until a major race hit the schedule in his backyard in New York.

It was a jump in class after Max Player opened his career with a runner-up and victory on the Parx Racing circuit.

Rice said after the Withers that the Wood Memorial (G2) was a possible next step, but that race, scheduled for April 4, was canceled in March along with the rest of the Aqueduct meet amid the coronavirus outbreak.