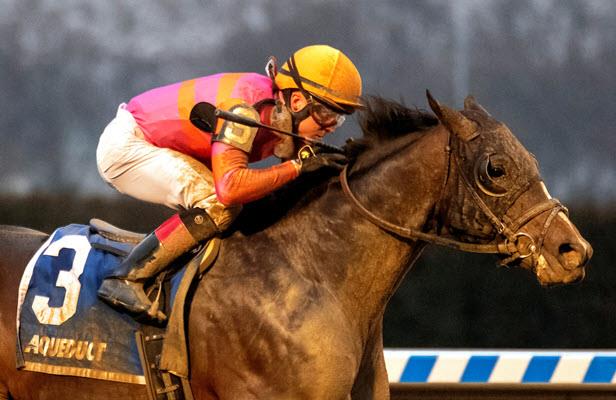 Steve Asmussen began the week with one horse for the Preakness Stakes. Now the Hall of Fame trainer has three.

The Maryland Jockey Club racing office also reported that Peter Pan (G3) winner Country Grammer was added to the list of probable entrants, bringing that number to 10 for the race, which will be run Oct. 3 at Pimlico in Baltimore.

While Kentucky Derby winner Authentic is the 9-5 futures favorite at Circa Sports in Las Vegas, Max Player at 15-1 carries the shortest odds of these latest additions to the field, which is limited to 14.

“I am really excited that we have a horse that will have competed in all three legs of the Triple Crown,” said George Hall, who owns Max Player along with SportBLX Throughbreds partnership group. “Max is in great shape, and we wouldn’t run him otherwise. I think he will be very competitive.”

Excession has not raced since he finished a close second to Nadal six months ago in the Rebel Stakes (G2) at Oaklawn Park. Asmussen brought the maiden-winning Union Rags colt back to regular workouts last month, tightening him this week into a 1:00.6 breeze, the fastest over five furlongs Tuesday at Churchill Downs.

Asmussen is looking for his third Preakness victory after scoring with Curlin in 2007 and Rachel Alexandra in 2009. Both have since been enshrined in the National Racing Museum and Hall of Fame.

Country Grammer will come off an eight-week break from his fifth-place finish in the Travers (G1) at Saratoga. The Tonalist colt will be Chad Brown’s third entry in the Preakness in the last four years; he won in 2017 with Cloud Computing.

Mystic Guide’s trainer Mike Stidham said Wednesday afternoon that while the Preakness was still possible, he was “leaning toward the Jockey Club Gold Cup,” adding a question mark at the end of his text. The Grade 1 race will be run Oct. 10 at Belmont Park.

Because of the pandemic, the Preakness is 4 1/2 months later than usual and only one month before the Breeders’ Cup. Blind said this has created challenges that are new to him in his 12 years on the job.

“It’s not just the Breeders’ Cup,” he said. “We have multiple stakes around us. The work has been a little more extensive than it normally would be. Normally I would have gone to the Derby and had a better idea of what’s going on. You have the opportunity to go face to face with (owners and trainers). Due to the circumstances this year, that didn’t happen.”

With five days until the entry deadline, Blind said, one thing will not change.

“I won’t know the field until the time we drop the entries in the box,” he said. “Every year it seems we get one at the last minute that no one saw coming. That’s the best thing I can tell you.”