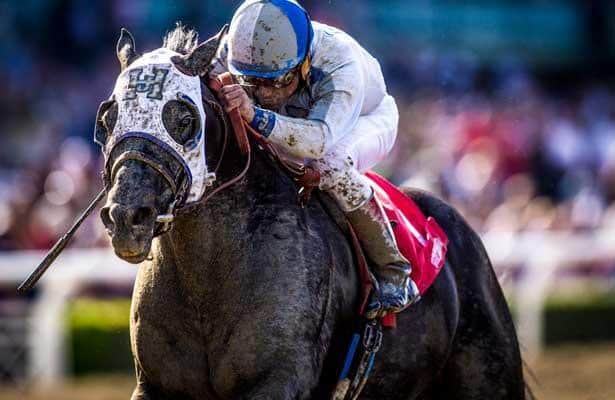 Originally conditioned by the currently suspended A.C. Avila, Masochistic was sold privately to Samantha Siegel following a front-running, 2 ¼ length allowance win going 6 ½ furlongs on Feb. 28 and will make his first start on Saturday for trainer Ron Ellis.  A 5-year-old California-bred gelding by Sought After, Masochistic has been shrouded in controversy since breaking his maiden by 14 lengths at 2-1 in an open maiden special weight going six furlongs at Churchill Downs on Kentucky Derby Day, May 3.

With regular rider Victor Espinoza away on Saturday to ride American Pharoah in the Arkansas Derby, Tyler Baze will take over for the first time on Masochistic in the Kona Gold.  With four wins and a second place finish from six starts, Masochistic has earnings of $223,850.

A winner of the prestigious Grade I Metropolitan (Mile) Handicap in May 2013, Jerry Hollendorfer’s Sahara Sky has a total of four graded stakes victories to his credit and has been idle since well beaten as the even money favorite in the Grade I, seven furlong Triple Bend Stakes at Santa Anita on June 28, 2014.

A 7-year-old Kentucky-bred horse by Pleasant Tap, Sahara Sky has a devastating late kick and has run some of his best races off the bench.  With what appears to be an abundance of early speed signed on, Sahara Sky will hope to be flying late under leading man Rafael Bejarano, who takes over for the first time.

Bob Baffert’s comebacking Caminetto, idle since July 19, is another speedster who has been working well at both Los Alamitos and Santa Anita.  Trainer Mark Glatt’s Ankeny Hill cuts back in distance from a third place finish in the Santana Mile on March 29, but has demonstrated outstanding early foot in 18 previous starts on dirt, synthetic and turf.

Trainer Paul Aguirre’s Spirit Rules draws the rail and has won on the lead and from off the pace sprinting.  A close third in the state-bred Sensational Star Stakes at 6 ½ furlongs down the hillside turf Feb. 21, he went head and head through splits of 21.40 and 44 flat en route to winning the six furlong Cal Cup Sprint two starts back on Jan. 24.

Named for Kona Gold, who won the 2000 Breeders’ Cup Sprint, the Kona Gold Stakes was formerly run as the Potrero Grande Stakes.