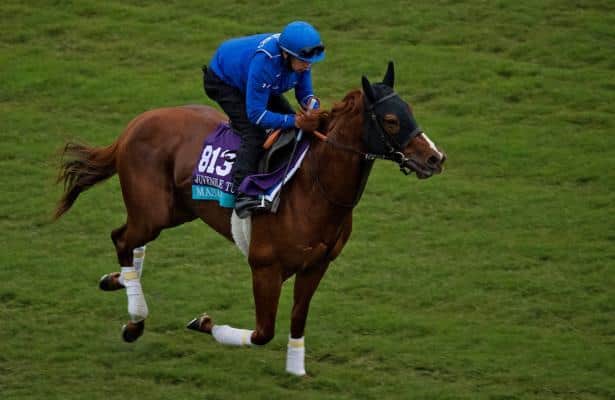 Masar derailed Saxon Warrior's bid for an English Triple Crown on Saturday, winning the highest-profile of the three legs, the Group 1 Epsom Derby.

The victory gave Godolphin Racing its first victory in the Derby as Dee Ex Bee held for second and Roaring Lion ran on for third.

Saxon Warrior, off as a 3-5 favorite on the U.S. tote, was boxed in at the top of the stretch and failed to make up ground late. The son of Deep Impact entered off a May 5 win in the QIPCO 2,000 Guineas at Newmarket.

In that race, Masar was third. We also saw him run in the United States, as he was sixth in last year's Breeders' Cup Juvenile Turf, often noted since then as a loaded race.

Nijinsky, in 1970, was the last horse (and only since World War II) to sweep the English Triple Crown. The series asks horses to run a mile, mile and a half and mile and three-quarters in its respective legs run from May to September.