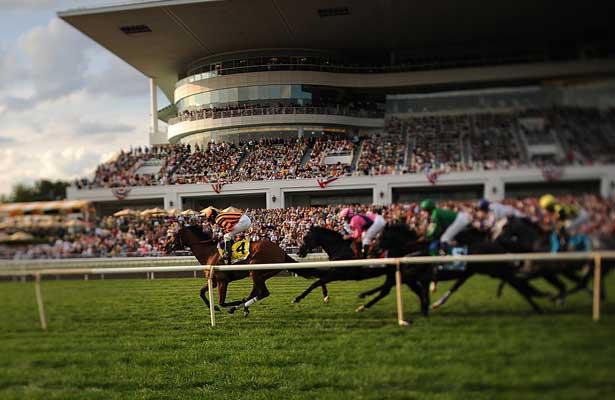 Curtis Green’s Maria Maria, a popular 2-1 chalk winner of an open allowance for fillies and mares on Thursday, will now be aimed at richer prizes, according to her connections. The daughter of two-time Horse of the Year Curlin collared Christine and Phil Hatfield’s talented fellow sophomore Zubi Zubi Zu in the final yards of the flat mile main course event and edged clear to a neck victory under Sheldon Russell. The victory earned her a 93 Equibase Speed Figure - her highest on a synthetic course.

“She came out really good today,” trainer Jimmy DiVito reported Friday morning.  “She ran a very good race.  Last time she was a little wide on the grass, but this time (on the main course), she didn’t mind being in between horses.  She was a little closer, too.  Before, she would drop back too far in the middle of the race and have too much to do.”

Last out, while being ridden by Russell for the first time, the Kentucky homebred faced older fillies in a 1 1/16-miles turf allowance and was fanned five-wide.  Her belated bid was impressive, though, as she closed many lengths in deep stretch and finished fourth - beaten only two lengths.  As a juvenile, the dark bay filly finished a good third - beaten 2½ lengths - in the Listed $100,000 Arlington-Washington Lassie.

Runner-up Zubi Zubi Zu, a Mike Stidham trainee, will look for a similarly conditioned race to yesterday’s allowance (non-winners of two other than maiden, etc.) for her next race, according to her conditioner.  Stidham reported that she came out of the race happy and healthy.