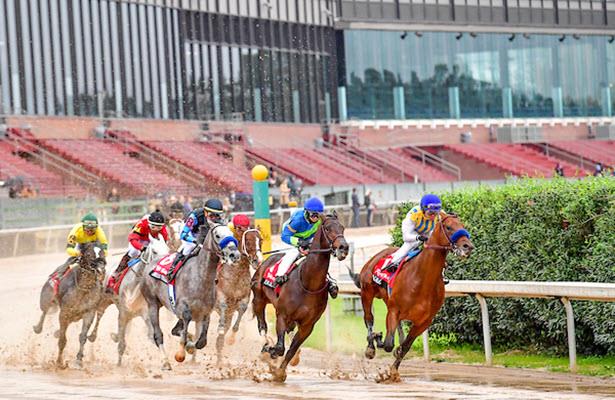 March 2020 handle numbers for U.S. racetracks plunged 22.9% from a year earlier amid the COVID-19 pandemic, as many tracks canceled live racing or conducted their meets in front of empty grandstands.

Though most tracks that operated in March suffered large handle losses, a few were able to weather the storm. Two tracks realized a great benefit from conducting races while other tracks were shut down.

A few tracks that weathered the storm relatively well were Turfway Park (-6.5%), Gulfstream Park (-10.3%) and Oaklawn Park (-15%).  Gulfstream and Oaklawn were able to continue live racing through the end of the month, but Turfway Park lost three race dates, as it shut down on March 25.

Fonner Park and Will Rogers Downs, which regularly run races in the early part of the week, were sometimes the only tracks in America operating, and they found a great benefit in doing so.

The current landscape does not look good for April, as Aqueduct, Santa Anita, Keeneland, Laurel Park and other tracks remain closed because of the coronavirus pandemic.