Mandella is double-barreled with Dogtag, Tapwater in Mabee 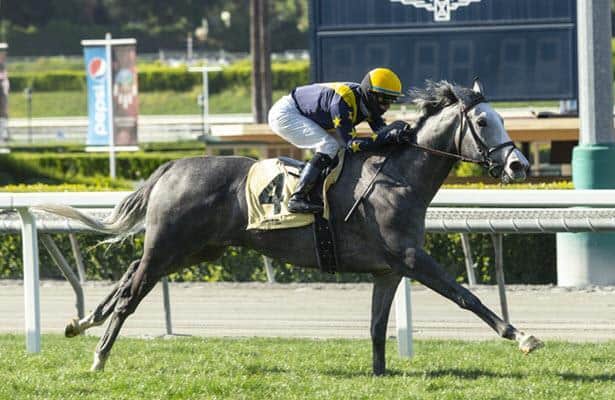 Dogtag is on a streak of three straight runner-up finishes.

Tapwater has finished third in her last three.

So Hall of Fame trainer Richard Mandella isn’t looking for big improvement from his two  entrants in Saturday’s $200,000, Grade 2 John C. Mabee Stakes. Just a little from either might suffice in the 1 1/8-mile turf run for older fillies and mares.

“She’s run well, she just doesn’t seem to have a lot of luck in her races,” Mandella said, before clarifying that he meant both Dogtag and Tapwater. “Both of them have run races that they maybe should have won.  So I put them both in and I double up my chances.”

Dogtag and Tapwater are both gray, 5-year-old homebred mares for LNJ Foxwoods. Dogtag is a daughter of Warfront. Tapwater was sired by Tapit.

Dogtag has produced second-place results in the Grade II Royal Heroine in April and Possibly Perfect in June at Santa Anita and the Grade II Yellow Ribbon Handicap at Del Mar on August 7. The margins ranged from a head to a length and a quarter.

Tapwater’s string of thirds started with the Grade III Santa Barbara Stakes in May at Santa Anita and continued here in the Osunitas Stakes on July 17 and the CTT & TOC Stakes on August 14.

The John C. Mabee goes as the ninth, on the 11-race card.