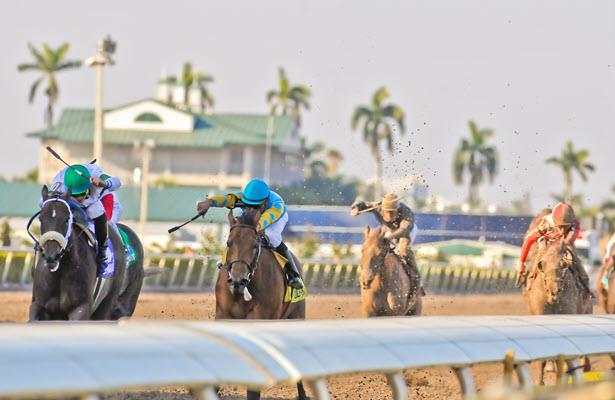 Both Florida racetracks have mandatory payouts scheduled for Tuesday.

There will be three turf races in the sequence, including the seventh race, an allowance optional claiming event at five furlongs for 3-year-olds with a purse of $54,500. The sequence wraps up with another five-furlong turf event for claiming fillies and mares.

The Pick 6 begins with Race 3, a maiden claiming event for fillies and mares going one mile on the turf with a post time of 1:27 p.m.