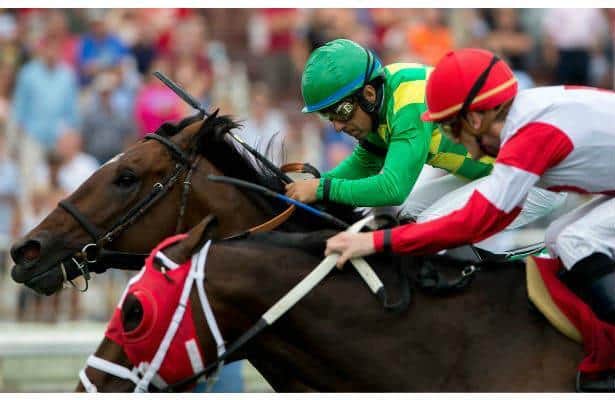 Trainer Mike Maker will saddle three starters on Saturday in Arlington International Racecourse’s International Festival of Racing, and all three are stretching out in distance—a move driven by the purses of the races as much as their affinity for classic distances.

General Jack has won two consecutive one-mile turf events, including the Centaur Stakes 6½ weeks ago last out at Indiana Grand, but is winless at 1 1/16 miles coming into the Grade I $500,000 Secretariat at 1¼ miles.

“The Grade I had a lot to do with our decision,” Maker said of the Giant’s Causeway colt he co-owns with F. Thomas Conway. “We know he likes turf, and he’s developing.”

“Admiral Kitten is by Kitten’s Joy, so we know he likes long on the turf, but he didn’t like Gulfstream, and we know he likes Arlington, Maker said of the four-year-old who has never been worse than second in four Arlington stakes races. “[Moro Tap] has run some nice races at longer distances.”

Maker said his Arlington trio will train at the Churchill Downs Training Center Friday morning before shipping north to Arlington for Saturday’s races.