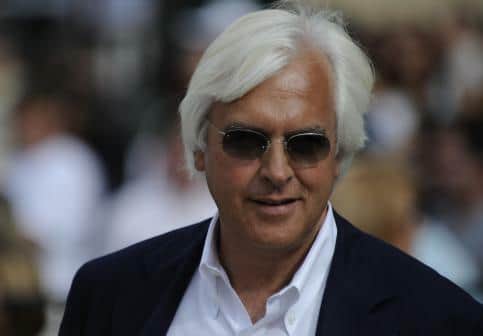 Maker Or Breaker starts for the first time in more than three months when she runs in Sunday’s $70,000 Santa Lucia Stakes for older fillies and mares at 1 1/16 miles.

Owned by Hal and Patti Earnhardt and trained by Bob Baffert, the daughter of 2004 Belmont Stakes winner Empire Maker out of the Flying Chevron dam Shameful has been heavily favored in her four starts, winning three, the last at 20 cents to the dollar in a 3 ¾-length romp at one mile Dec. 30 at Santa Anita.

“It was a little of this, a little of that,” Baffert said in explaining her absence. “She’s a big, tall filly and a half-sister to Indian Blessing.” The field for the Santa Lucia, which goes as the third of nine races: Sister Kate, Corey Nakatani, 4-1 Candrea, David Flores, 5-1; Sister Glady Oh La, Joe Talamo, 4-1; Maker Or Breaker, Martin Garcia, 8-5; and Egg Drop, Garrett Gomez, 9-5.