Trainer bonus of $100,000 up for grabs Preakness weekend 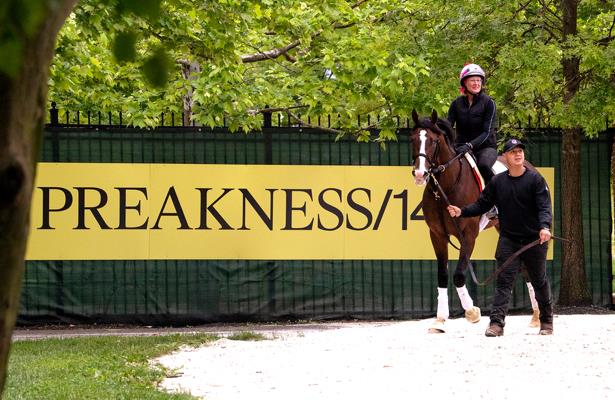 For the fourth consecutive year, the Maryland Jockey Club is offering the $100,000 trainer bonus to horsemen that accumulate the most points during stakes races over Preakness weekend, Oct. 1-3 at Pimlico Race Course.

Led by the 145th running of the Preakness Stakes, presented this year as the final jewel in a refashioned Triple Crown and a “Win and You”re In” qualifier for the Nov. 7 Breeders’ Cup Classic (G1), a total of 15 Thoroughbred stakes, nine graded, worth $3.35 million will be contested over three days.

Points are accumulated for finishing first (10 points), second (seven), third (five) and fourth (three) and by having a starter (one) in each of Pimlico’s Thoroughbred stakes.

Hall of Fame trainer Steve Asmussen captured the $50,000 prize in both 2017 and 2018 but finished second to Brad Cox in 2019. Cox led the way with 36 points last year, three more than Asmussen, including running third and fourth, respectively, with Owendale and Warrior’s Charge in the Preakness, Cox’s Triple Crown race debut.

Cox won the Miss Preakness with eventual champion Covfefe in track-record time of 1:07.70 for six furlongs and the Allaire duPont Distaff (G3) with Mylady Curlin, and was second with Ulele in the Black-Eyed Susan. Asmussen picked up wins in the Pimlico Special with Tenfold and Maryland Sprint (G3) with New York Central, and was fifth in the Preakness with Laughing Fox.