Saez back on Maximum Security for Awesome Again 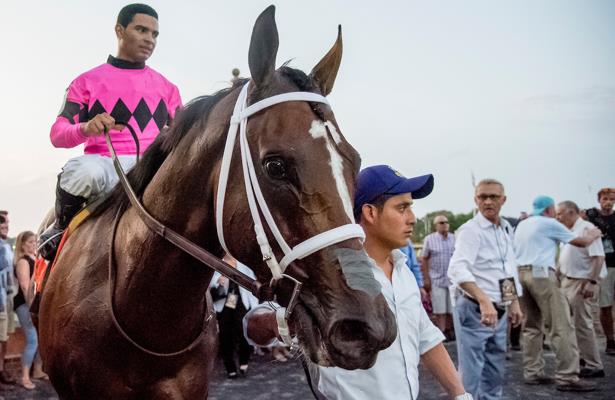 Saez, a 28-year-old native of Panama City, has ridden the 4-year-old son of New Year’s Day in seven of his 12 career races, crossing the wire first six times and second in the Pegasus at Monmouth in June 2019.

Abel Cedillo had ridden Maximum Security in his last two races, winning both, the San Diego Handicap (G2) and the Pacific Classic (G1).

Maximum Security was disqualified from victory two times with Saez aboard, most recently in the Saudi Cup on Feb. 29, after which Saudi officials withheld distribution of $20 million in purse money pending investigation of his trainer at that time, Jason Servis, and others in the U.S. The bay colt also was disqualified from first for a riding infraction at the top of the stretch in last year’s Kentucky Derby.

Saez also will ride the maiden Spielberg in the American Pharoah Stakes for Baffert. Saez is fourth nationally in purse earnings this year, with more than $10 million, and second to Irad Ortiz Jr. in victories, 234 to 202.