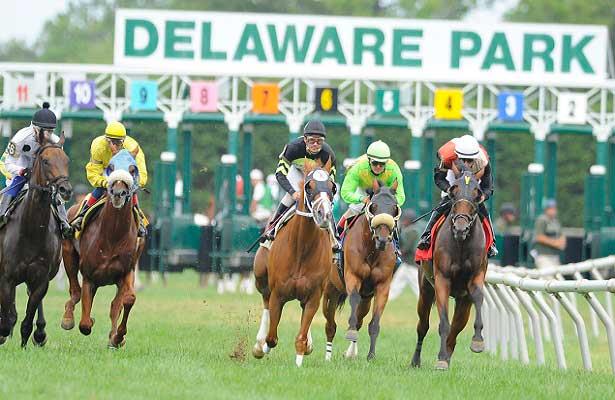 After 37 years of calling nearly every race at Delaware Park, track announcer John Curran will announce his final after the last race on closing day of the 2020 season at Delaware Park on Saturday. The 68-year-old native of Merchantville, N.J., plans to retire Nov. 7.

At Delaware Park, he has also been a racing official, stakes coordinator, simulcast coordinator and publicity coordinator.

“I am so very thankful to Delaware Park for giving me the opportunity to announce at one track for 37 years,” Curran said. “I have been very fortunate to be able to announce some of the most memorable races in the sport. The biggest has to be the 2011 Delaware Handicap when Blind Luck and Havre de Grace gave us all a race for the ages.

“Having the opportunity to announce the career debuts of all of those nice maiden winners like Afleet Alex, Barbaro, Eight Belles, Hard Spun, Havre de Grace, Tapit and Union Rags, just to name a few, is very humbling. There have been plenty of exciting moments at Delaware Park in my career. I am grateful to Delaware Park and the sport of racing for making all of those opportunities possible.”

John Mooney, the executive director of racing, gave Curran his first full time announcer position when he hired him at Delaware Park in 1984.

“John has had a phenomenal career,” Mooney said. “In my opinion, he is one of the best in the sport. There has not been a more dedicated and professional announcer in the sport. You always know where your horse is at when he is announcing, and he always announced every race with the same level of excitement. He will be missed and the races at Delaware Park will never be the same.”