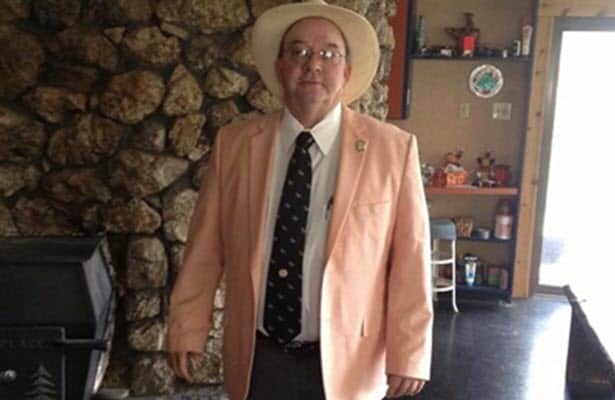 Dr. Lee Cyphers, Oaklawn’s longtime Association Veterinarian, died on Sept. 5 after complications from a brain aneurysm. He was 66.

Cyphers was a fixture at the Oaklawn starting gate and in the paddock spanning three decades. He was a local Hot Springs veterinarian with a highly successful small animal clinic. However, his training was focused on large animals and his passion was horses.

Cyphers earned a bachelor's degree in biology from Hendrix Biology in 1977. Before attending veterinarian school, he took a few years off to farm tomatoes and soy beans with his brother Andy. He graduated from Louisiana State University with a doctorate of veterinary medicine degree in 1985.

He and his first wife Viki (a fellow classmate) married after graduation and moved to Hot Springs. In 1987, they opened Cyphers Veterinary Hospital, which they owned and operated until selling the practice in 2011.

Shortly after moving to Hot Springs, Lee began his long tenure with Oaklawn, serving as the track veterinarian from 1990 until he died. He loved this job and all of the friends he made there, the best of which was his wife Kristi. They shared a wonderful life together for over 20 years. Lee enjoyed all things outdoors, especially camping and bass fishing on Lake DeGray with his family and friends.

“Our thoughts and prayers are with the Cyphers family," said Oaklawn president Louis Cella. "Dr. Cyphers had been a dedicated member of the Oaklawn team, serving as our association veterinarian for over 30 years. He hardly missed a day of races and was at the gate ensuring the safety of our equine athletes more than 15,000 times during his tenure, rain or shine. No matter if the horse was a claimer or a champion like Zenyatta or American Pharoah, Dr. Cyphers gave them the utmost care to ensure they were ready to perform at their best.”

Arkansas H.B.P.A. president Bill Walmsley said, “Dr. Cyphers was a trusted friend to the horsemen and a very good veterinarian. His top priority was always the safety and well-being of the horses. He will be missed by everyone.”

Memorial services will be announced at a later date.