'A staple of California racing,' longtime trainer Moreno dead at 90 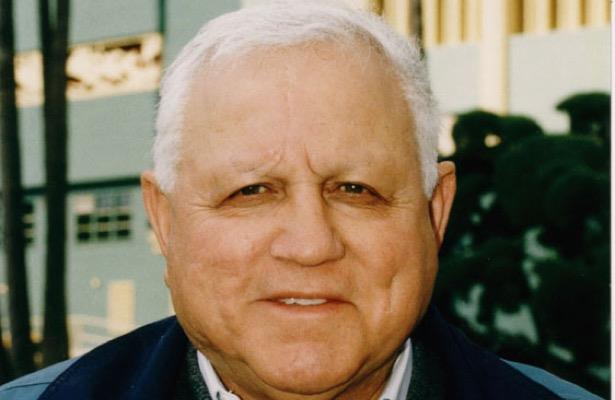 Henry Moreno, a California training icon in a career that began more than half a century ago, died 12:25 a.m. Sunday following a lengthy battle with dementia at The Kensington care facility in Sierra Madre. He was 90 years old.

Born in 1929, Moreno grew up on his family’s Quarter Horse ranch in Corona, Calif. After serving in the U.S. Army during the Korean War, he embarked on a career as a Quarter Horse trainer and saddled his first winner in 1950.
Moreno switched to training Thoroughbreds in 1961. During his career he became known for his work developing top fillies and mares. In particular, he trained such standouts as South American import Tizna, who won consecutive editions of the Santa Margarita Invitational. Tizna became an influential broodmare and is the granddam of the successful stallion, Cee’s Tizzy. Cee’s Tizzy is the sire of two-time Breeders’ Cup Classic winner and Horse of the Year, Tiznow.
Moreno also had great success with Irish import Sangue, a daughter of Lyphard. Sangue, who began her career in France, developed into one of the top older mares in the country in 1982 and 1983, winning such top races as the Yellow Ribbon (G1), Matriarch (G1) and Vanity (G1).

Moreno also trained multiple G1-winning filly Lite Light prior to her being sold to rapper MC Hammer, and Sam Who, winner of the Ancient Title Handicap (G1) in 1989.

“There was none like Henry before or none like him after,” said Lance Hellum, Moreno’s assistant for four years until his retirement from training in 2016. “I’m in tears. He came to rescue me when I was in trouble. He was like a father to me.”

Said one trainer of Moreno’s unyielding generosity: “He probably loaned more money to more people at the race track and never got it back.”

Said his daughter, Elizabeth: “He was fine up until the very end when he spiraled the last 36 hours,” adding that services are pending.

“Henry was a staple of California racing,” said fellow trainer John Sadler. “He was one of the men who built our game.” Said Henry’s nephew, Bob Moreno, a long time racing official in Southern California: “Nobody loved racing at Santa Anita more than Henry, believe me.”

And this, from Santa Anita morning line maker Jon White: “Tizna holds the record for most weight carried by a filly or mare in Santa Anita history, 132 pounds, when she won the 1976 San Gorgonio Handicap (now Robert J. Frankel Stakes).  Henry was very proud of that."