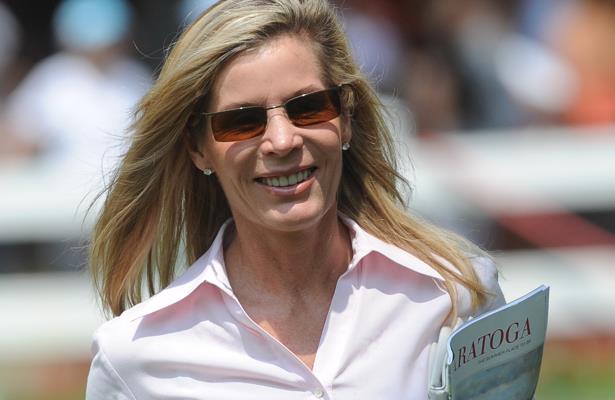 Trainer Linda Rice admitted Tuesday to making payments to a member of the New York Racing Association staff. But she testified that they were loans, not the rules violations that she has been accused of committing.

Rice began sworn testimony before the New York State Gaming Commission, which accused her of paying NYRA officials in order to get “regular, continual and improper information,” such as expected entries and past performances, mostly from Jose Morales Jr., a racing clerk.

Rice said she paid Morales several times but claimed the payments were loans. She said Morales, whom Rice had known since he was a child, had requested the help to deal with car trouble.

“At the time I knew he was struggling, having some problems,” Rice said of Morales, who she claimed never paid back her initial loan. “I thought, ‘well, it’s going to take him a little time to get it back.’ ”

If she is found guilty, Rice faces a suspension and a hefty fine.

Much of Rice's Tuesday testimony centered on gratuities that she admits to paying to the racing office, gate crew and others at tracks, starting in 2009 after she became the first woman to win the Saratoga trainers title.

Rice claimed that the money, up to $200 per person every year, often at Christmas-time — and which was not paid after 2014 — was a tribute to the hard work of those working in racing.

“I wrote each of them [the racing office employees] a $200 check and a thank you note,” Rice said of her first gratuity in 2009, after which she switched to cash because of ease of payment. “It was very labor-intensive getting all the names and all the spelling and everything.”

Rice testified that she had given money to Morales several times, for him to distribute in the racing office, but stopped after she started to doubt his trustworthiness.

Also testifying on Tuesday was fellow trainer Jeremiah Engleheart, who said he had received similar information, which was given to him by racing office officials who were trying to fill races, and he did not believe that using that information was cheating.

“If it was brought to me, I don’t believe so,” Englehart said.

However, Englehart did acknowledge that he did not receive the same amount of information that Rice allegedly did, and he said that what was allegedly given to her did not strike him as fair, though he did not believe she had broken any rules.

“I have a lot of respect for how hard she works,” Englehart said. “How hard it is or might have been for her to rise to the place that she’s at right now and I think that it’s just not fair to think that we’re going to throw a career away because of a misjudgment.”

The hearings will resume Wednesday, when Rice is expected to continue testifying.