Life is Good could have 1 prep before the Whitney 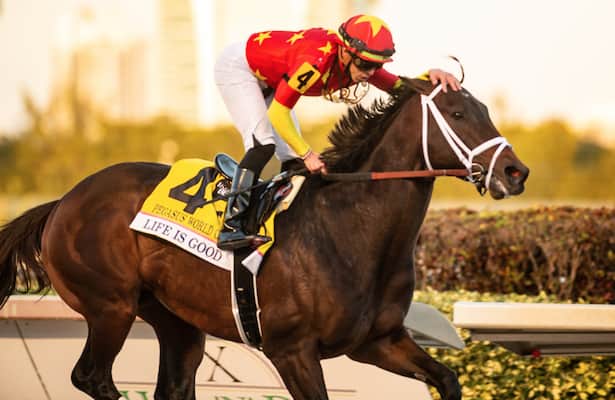 Multiple Grade 1 winner Life is Good, most recently the beaten favorite in the Dubai World Cup (G1), is back at Belmont Park after spending the past several weeks at WinStar Farm in Kentucky.

Trainer Todd Pletcher confirmed  to Horse Racing Nation the $1 million Whitney (G1) on Aug. 6 at Saratoga was the next major goal for Life is Good. It is possible he preps for the 1 1/8-miles Whitney in the $200,000 John A. Nerud (G2) going seven furlongs at Belmont Park on July 2.

"We'll see how he trains. We may have a prep before (the Whitney)," Pletcher said via text message.

Life is Good suffered just his second loss in eight career starts when fourth in the Dubai World Cup going a mile-and-a-quarter. He has won five graded stakes, including the Breeders' Cup Dirt Mile and Pegasus World Cup (G1). His only other loss came in last year's Allen Jerkens (G1) at Saratoga when returning from a a nearly six-month layoff.