Lezcano surgery: 'It's got to be done' 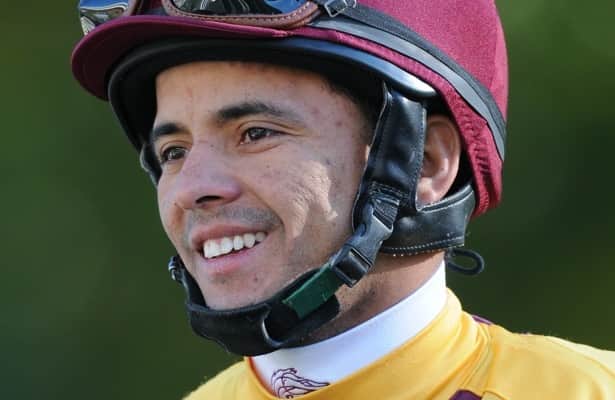 Aqueduct-based jockey Jose Lezcano is scheduled for surgery on his left shoulder and left knee on Tuesday, but agent Jason Beides said it might have to be rescheduled because of the major snowstorm in the New York area.

“I can’t say as it is or isn’t,” Beides told HRN Monday morning.

But now is the time to have the work done on Lezcano’s rotator cuff and miniscus, Beides said.

“It’s got to be done,” he said. “Think about it yourself. If you had those issues, you’d need to get the surgery done basically as soon as possible versus going out there and riding a thousand-pound animal.”

Another factor is the racing calendar.

“It’s not a bad time” for the surgery, Beides said. “There is no good time on the schedule when you’re a jockey because you’re going to lose momentum and you’re going to lose mounts, horses that he could have been riding. … It’s very difficult to get them back. Especially if you’re riding any good horses, which currently, right now at Aqueduct, the racing isn’t exactly up to par from a standpoint of quality racing. So we’re not really going to be missing out on a ton, but there’s no real time in this game where you want to take your foot off the accelerator.”

Beides expects Lezcano, 35, to return to racing in April, when “things will be looking a lot brighter. The racing will be better, and veteran horsemen will be coming back from Florida and actually start running on the grass. We’ll look forward to that.”

Lezcano is the fifth-ranked jockey in the current Aqueduct meet, with a record of 28-18-22 from 139 starts. He had four mounts on Sunday, with a win aboard Democratic Values in a maiden claiming race.