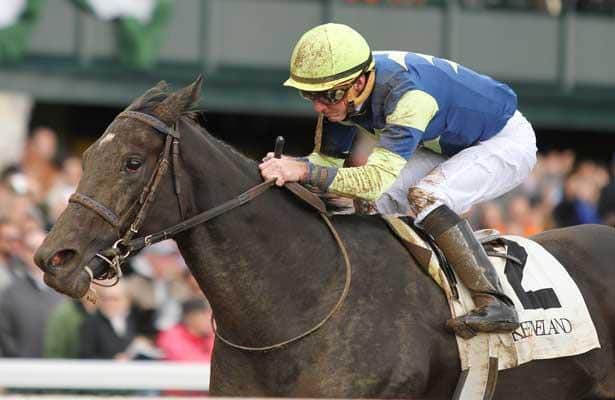 Now owned by Speedway Stable of Peter Fluor and K.C. Weiner, Leigh Court was turned over to Stidham and prepared for a second attempt at the Breeders’ Cup.

Leigh Court made her 5-year-old debut in the Royal North (G3) at Woodbine on July 26 over six furlongs on the turf. Battling for the lead, she was defeated by three-quarters of a length by Ageless, who was fourth beaten less than a length in last year’s Breeders’ Cup Turf Sprint (G1) against males.

Next out in the Presque Isle Downs Masters (G2) on Sept. 7, Leigh Court was passed in the final strides by Living The Life and finished second.

“Obviously, she ran two strong races coming into this,” Stidham said. “In actuality, she ran two of her best numbers in those races, so she’s running up to her potential and been unlucky not to win both. We’re hoping that she will run well coming back to Keeneland – a track we know she likes. She’s on schedule for the Breeders’ Cup.”

Leigh Court completed her serious training for the Thoroughbred Club of America with a bullet five-furlong move on Sept. 26 at Arlington in :59.60.