Lecomte 2022: New Orleans is not proving ground for Derby 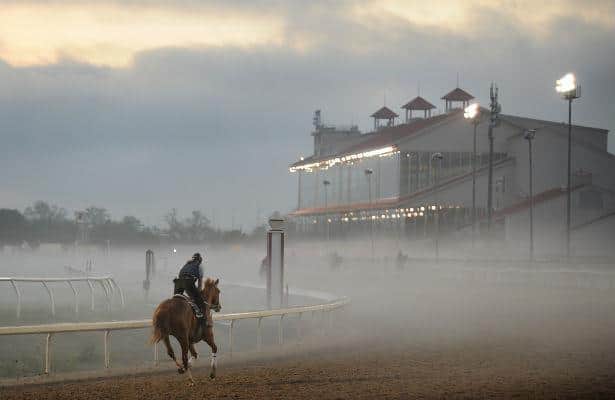 After two weekends without Kentucky Derby points preps, Saturday’s running of the Grade 3, $200,000 Lecomte Stakes brings with it a dose of spring fever in the winter. There is also attendant optimism that one of the nine horses entered in this weekend’s renewal at Fair Grounds will wear roses come May 7.

Only once since the Lecomte was restricted to 3-year-olds starting in 1962 has the race produced a Derby winner. That was War Emblem in 2002. His frontrunning style turned out to be an exception to the pattern of success for closers at the New Orleans track.

Even though the Fair Grounds main track has favored speed early in the 2021-22 meet, that is a historic outlier. In the last 30 renewals of the Lecomte, 20 winners came from more than two lengths off the lead. Of those, 13 were at least four lengths behind at some point during the race. According to Equibase charts, this is where they were at each call, shown with margins when trailing:

In those same 30 runnings since 1991 (there was no race in 2006), 17 of the 28 horses who graduated to the Kentucky Derby had a mid-pack or a closing style, according to Quirin Speed Points and/or race charts. The only two who would hit the board in the Derby were Golden Soul (2013) and Mandaloun (2021).

Conversely, of the 11 pacesetters and stalkers who raced in both the Lecomte and the Derby, War Emblem went on to win the roses in 2002, and Hard Spun would finish second in 2007.

These are the Lecomte horses who raced in the Kentucky Derby since 2000, including their Quirin Speed Points and results in the two races.

Last year was an exception. At Fair Grounds, Midnight Bourbon led at every call with Joe Talamo riding him to victory in the Lecomte. At Churchill Downs, Mike Smith took over the ride and changed tactics. He stayed near the rear of the pack before passing eight horses in the last half-mile and finishing sixth in the Derby.

Mandaloun, who may yet be promoted over the late Medina Spirit and declared the Derby winner, stayed within 2 1/2 lengths of Midnight Bourbon’s early lead last winter and made a wide charge in the stretch to finish third in the Lecomte. At Churchill Downs he stalked Medina Spirit throughout the Derby and crossed the finish line a half-length behind in second.

At 449 yards, the homestretch that has been a path to victory for closers at Fair Grounds is the second longest among the tracks where Derby points preps are run. Only Los Alamitos at 460 yards is longer. By comparison, it is 411 yards from the top of the stretch to the finish line at Churchill Downs, where forward-placed horses have excelled in the Derby.

If a would-be futures bettor is looking for a hot Derby horse to come out of New Orleans, past performances suggest ignoring anything except a forward-running winner in the Lecomte. Epicenter and Pappacap could be candidates. So might long shots Surfer Dude and Blue Kentucky.

Otherwise, a passing glance is more than enough.