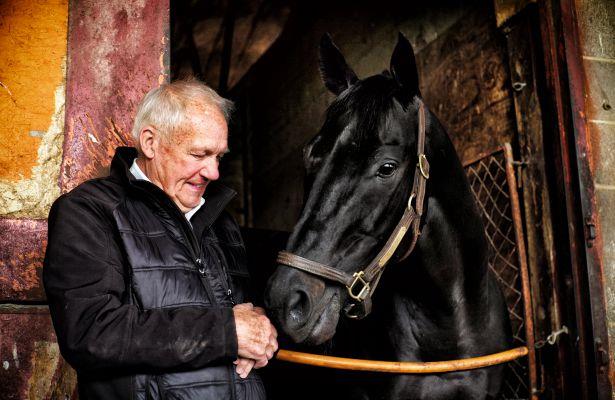 “He doesn’t seem to get older, that’s the amazing thing. We have the same exercise boy galloping him now as when he first got to the track and he keeps saying he’s as good as ever.

“He’s got a lot of fans, and some people send him treats. Some lady keeps sending treats and I don’t even know her. She just sends this big box of cookies and she says, ‘This is for Ben. Tell him to share them with all the horses in the barn.’

“See the thing is….you get good horses come up every year, but they don’t last. So people can fall in love with horses and two years from then they’re gone. But here’s a horse that’s been around and keeps coming back every year so that makes him special.