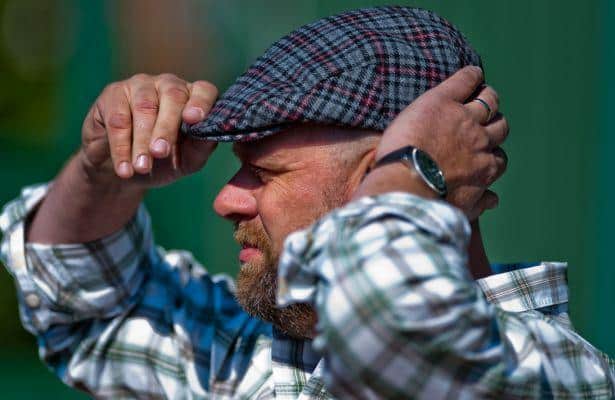 Trainer Doug O’Neill appears to have a strong hand in his bid for a third Kentucky Derby triumph. How powerful that hand might be should become clearer once the Grade 3 Robert B. Lewis is completed Saturday at Santa Anita.

The Great One placed himself on the road to the Derby for O’Neill with an exclamation point when he broke his maiden by 14 whopping lengths Saturday. He was ridden out by Abel Cedillo as part of a one-mile tour de force that the Louisiana-bred completed in 1:37.28 at Santa Anita. The Great One had placed second to Hall of Fame trainer Bob Baffert’s Spielberg in the Dec. 19 Los Alamitos Derby (G2).

The Robert Lewis will be another important stage for O’Neill, who brought home the Derby roses with I’ll Have Another (2012) and Nyquist (2016). The Lewis looms as a significant proving ground for two of his other Derby prospects, Hot Rod Charlie and Wipe the Slate.

Hot Rod Charlie needed four starts to break his maiden. Some handicappers will need to see him back up his startling performance in the Breeders’ Cup Juvenile. Sent off at dismal odds of 94-1, he narrowly missed winning it all, placing second to expected 2-year-old champion Essential Quality by three-quarters of a length at Keeneland.

Even O’Neill had not anticipated such a big performance.

“Any time you run well in the Breeders’ Cup you’re surprised,” he said. “Were we optimistic going into it? We were. He had been training well and he had won going two turns, which for a young horse is not easy to do.”

The son of 2013 Preakness winner Oxbow also proved he is a good traveler.

O’Neill is optimistic that Hot Rod Charlie can build on the Juvenile.

“We gave him a little time to freshen up, and now he’s come back with some tremendous works,” he said. “We’re looking forward to his 3-year-old campaign getting started.”

The colt shows a series of works that include a bullet five furlongs in 59.4 seconds Jan. 9.

“He’s a very impressive colt. When you call on him, he responds,” O’Neill said. “He’s a half-brother to Mitole, who won the (2019) Breeders’ Cup Sprint. That family has got some runners, and hopefully we can add him to the list.”

The Great One and Wipe the Slate are sons of Nyquist. Wipe the Slate is an April 23 foal who displayed ability in his only two starts as a juvenile. He took second in his Nov. 22 debut at Del Mar before cruising by 3 1/4 lengths in a seven-furlong contest Dec. 26 at Santa Anita. He covered the distance in 1:23.42.

O’Neill is eager to see how Wipe the Slate responds to his first graded-stakes test. He, too, put in a bullet work at Santa Anita, blazing six furlongs Friday in 1:12.6.

“With a one-two-three finish in the Bob Lewis and if he comes out of it in good shape, he’ll continue to move forward,” the trainer said.

He emphasized that the early Derby prep is just that.

“It’s a prestigious race, and we’re hoping to win with one of them,” he said. “If we don’t, it’s really a steppingstone to where we want to be on the first Saturday in May.”

As for The Great One, time will tell whether he lives up to his name. “He acts like a special colt for sure,” O’Neill said.