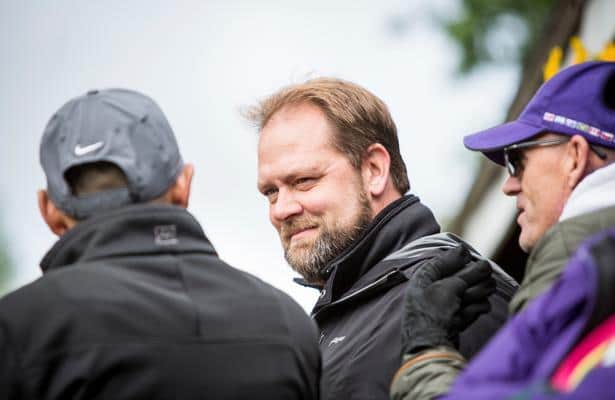 On paper, the 5-year-old Uncle Mo mare, conditioned by leading trainer Doug O’Neill for principal client J. Paul Reddam would appear to have only a longshot’s chance. But O’Neill, a three-time Santa Anita Park training king, isn’t leading the pack in quest of number four for nothing.

“The most important thing is she’s doing really, really well right now,” O’Neill said of the Kentucky-bred bay, who often grabs a piece of the purse. She has a 3-5-4 record from 22 starts, with earnings of $750,090.

Mopotism has not raced since Dec. 2, when she weakened to finish 13th in the Grade 1 Matriarch over Del Mar’s turf course, only her second start on grass. But that’s old news.

“Her weight is better, her energy is good and her works are good,” O’Neill said. “That’s what you’re looking for against this kind of competition. Granted, seven furlongs probably isn’t her perfect distance, but I do think it’s her preferred surface and she’s doing well.”

Ditto for O’Neill’s entire operation at Santa Anita. Through 29 racing days entering Thursday's card, the 50-year-old Michigan native led all trainers with 19 victories. He also has been a racing secretary’s dream with 110 starters, 37 more than runner-up Peter Miller.

“I’m very happy and grateful to the owners and our staff,” O’Neill said. “We’re enjoying our success and hope we can keep it going.”

In her last sprint and her lone start at seven furlongs, Mopotism was a creditable third to champion Unique Bella in the Grade 1 La Brea Stakes in December of 2017.

Seems as though a victory in the Santa Monica would be appropriate for O’Neill as well, since he resides in the Los Angeles-area community for which the race is named.

“I came here from Detroit and hope to stay here forever,” O’Neill said. “I love it.”