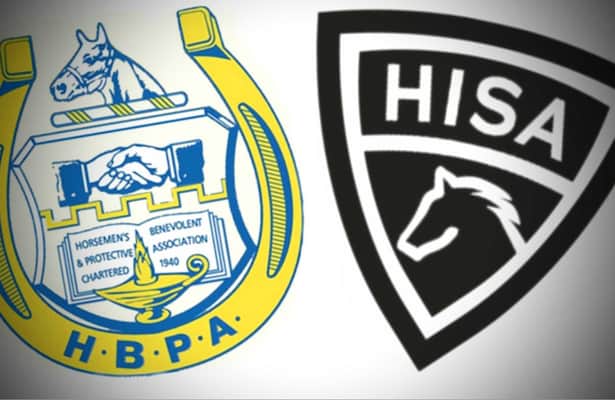 It was a contentious meeting characterized by frustration fueled by the rapidly approaching zero hour July 1, when horse racing must cross the threshold of U.S. government regulation.

Meeting Monday with Kentucky horsemen, Horseracing Integrity and Safety Authority CEO Lisa Lazarus answered a wave of concerns by saying, “All I can really say is this is what the federal government has imposed on us.”

Then she added, “The federal government could also close down horse racing.”

It was a flashpoint in a nearly three-hour meeting of the Kentucky Horsemen’s Benevolent and Protective Association that doubled as a Q&A with the career lawyer and sports administrator who was put in charge of carrying out the medication and safety rules – and others – that are part of HISA.

Lexington, Ky., was the latest stop for Lazarus on a national tour that has received rigorous criticism – even the formal censure of racing professionals in Texas whose brinkmanship itself was met with hostile reaction from supporters of HISA.

“That might qualify as the worst sales pitch ever,” said a Tweet from trainer Karl Broberg, who was among the estimated 400 horsemen who attended Monday’s get-together either in person or via YouTube or Zoom.

“It is my opinion that HISA does not pass pre-race soundness and should be placed on the vets list,” trainer Ron Moquett said in his own post on Twitter.

In addition to the onset of new rules, costs and penalties, veterinary regulations became bones of contention as the meeting wore on – and as patience appeared to wear thin on both sides.

After sitting hours of meetings it is my opinion that @HISA does NOT pass prerace soundness & should be placed on the vets list. Horseman are for Integrity & Safety yet the redundancy of regulations do little for either while only providing more obstacles for a specific group.

One area of repeated concern was with the requirement to report the medical treatment of injured horses who may be laid up at private farms outside HISA jurisdiction. Should that responsibility fall to horse owners, to unregistered farmers or to doctors who may not be racetrack vets?

“At that non-covered farm, it’s the veterinarian who is tending to the horse who is supposed to upload the records,” Lazarus said. “If they’re not licensed by a state racing commission, we have a separate designation for that group of veterinarians where they register as ‘non-covered persons’ so that they can ultimately upload the records. It’s the trainer or owner’s responsibility to ask them to do so.”

That led Eric Hamelback, CEO of the National HBPA, to offer a challenging hypothetical that has been repeated in the lead-up to HISA.

“If you’re a trainer, and you ship a horse to Rood & Riddle for surgery, that vet is going to be responsible for uploading the information,” he told horsemen. “I would get your name off the ‘responsible person’ category as quickly as possible. At the end of the day, the veterinarians at Rood & Riddle are not licensed by the state. You’ve got surgery. Do you know what occurs to the horse? No.”

Trainer Michelle Lovell doubled down on the question of putting the data-upload onus on owners, many of whom are less hands-on than others.

“I have elderly owners,” she said. “They do not get on the computer. I do not have time to do anything but what I already do. (HISA is) putting a lot of pressure on trainers. We have our hands full. We are already responsible for the horses that are in our care.”

That led Lovell to discuss what many horsemen feel is pressure to adhere to a lot of hastily written new rules, some that she said are still being written, without much notice.

“You’re holding a gun to our head and saying choose your livelihood or sign away a lot of constitutional rights,” Lovell said. “As a U.S. citizen, I should not be forced to make that decision within one month. We did not know all these things were coming about.”

Lovell’s remarks evoked applause. They also got a retort from Lazarus, who said the short notice was an overstatement.

“The racetrack safety rules have been up and available on our website for a very long period of time,” she said. “I’m sorry that you’re only learning about them in the last month.

“The federal law applies to you whether you register or not. The enforcement rules and fines are available on our website. Questions I’ve deferred are either (about medication) – that doesn’t take effect until January – or they’re specific, veterinary questions that are better answered by a vet.”

Lazarus said she would take the concerns about unregistered veterinarians and farm operators back to the HISA safety board for further consideration. That was when she made her point that “the federal government could also close down horse racing.”

One of the stated objectives of HISA is to make rules more uniform going from one state to the next. That is a popular notion that even HBPA members, the harshest critics of the legislation, said they could embrace under the right circumstances.

But Mindy Coleman, an attorney for the Jockeys’ Guild, pointed out what she portrayed as a glaring inconsistency between HISA and Kentucky rules covering jockey crops.

“The rule in Kentucky is nothing like the rule that was adopted by HISA,” Coleman said. “The HISA rule is six overhand (strikes), period. The Kentucky rule is six overhand, period – along with, from the three-eighths pole home, the jockey is able to use the riding crop in the underhand fashion as necessary for the integrity of the race and also for safety measures.”

Citing a recent circumstance involving Hall of Fame rider John Velázquez, Coleman said he was put between a rock and a hard place – namely choosing between the six-strike limit or abandoning his bid to win a race. Velázquez exceeded the six strikes in order to avoid “race fixing,” and he was fined. Coleman disputed Lazarus’s claim that Velázquez was a chief architect of the HISA rule, saying instead that he was outvoted.

“We owe it to the owners and the betting public,” Coleman said. “We’re supposed to be doing safety, but that’s part of the integrity.”

This was not the first time Lazarus has absorbed heavy verbal fire about HISA. She said she has heard it everywhere she has gone. No doubt she will be ready for more at her next stop.

“I recognize there’s a lot of anger and discontent,” Lazarus said. “I get it. I’ve been in Louisiana. I’ve been in Texas. I’ve heard it all. All I can say is this is the law. I think that the amount that is going to change is not going to be as significant as you think on July 1, because of the things that we’ve built into the process.

“I just ask to give it a chance, to see where we are, and continue to feed back to us on issues that are of concern. That’s really the best that I can offer at this stage.”