Check out the 33 stakes on Laurel Park's fall schedule 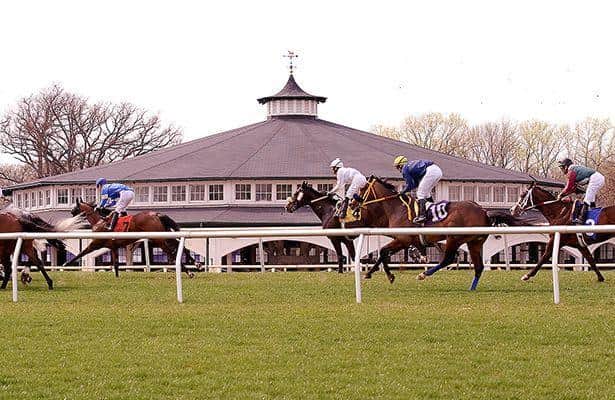 The Maryland Jockey Club announced a fall schedule of 33 stakes worth $3.525 million in purses for Laurel Park led by the $200,000 Frank J. De Francis Memorial Dash (G3) and 36th edition of the Jim McKay Maryland Million.

The six-furlong De Francis for 3-year-olds and up will help kick off the fall stakes schedule as one of four stakes worth $500,000 in purses Saturday, Sept. 18. Named for the late president and chairman of both Laurel and historic Pimlico Race Course, its illustrious roster of winners includes Hall of Famer Housebuster, fellow sprint champions Cherokee Run, Smoke Glacken, Thor’s Echo and Benny the Bull, and Lite the Fuse, the race’s only two-time winner.

The ground-breaking Maryland Million, which debuted in 1986 and inspired copycat programs throughout the U.S. and Canada, returns Saturday, Oct. 23 with eight stakes anchored by the $150,000 Classic for 3-year-olds and up at 1 1/8 miles. Juveniles are in the spotlight in the $100,000 Nursery and $100,000 Lassie for females, both at six furlongs.

Thanksgiving weekend will feature five stakes worth $450,000 in purses spread over two days. Maryland-bred/sired horses are featured Friday, Nov. 26 with the seven-furlong, $75,000 Howard and Sondra Bender Memorial for 3-year-olds and up and six-furlong, $75,000 Politely for fillies and mares 3 and older.

Manfuso passed away March 19, 2020 at the age of 82. A former owner of both Laurel and Pimlico and longtime partner of trainer Katy Voss, Manfuso was instrumental in revitalizing Thoroughbred racing in Maryland. An owner and breeder who established Chanceland Farm with Voss in 1987, Manfuso bred 2016 Kentucky Oaks (G1) winner Cathryn Sophia and was named Maryland’s Breeder of the Year with his filly earning Maryland-bred Horse of the Year honors.

The extended Preakness Meet at Pimlico runs through Sunday, Aug. 22. Live racing shifts to the Maryland State Fairgrounds in Timonium from Aug. 26 through Labor Day, Sept. 6.