Las Vegas is bullish on Epicenter + 1 long shot for Preakness 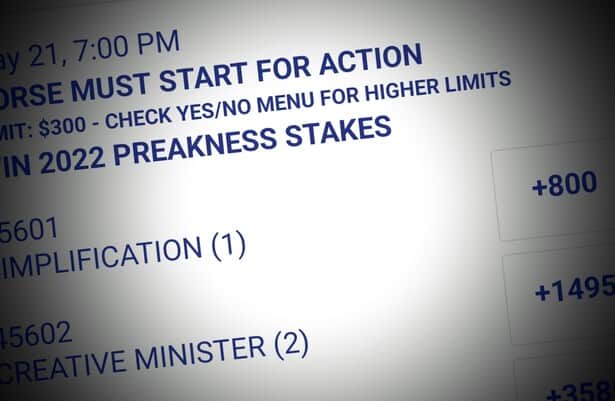 Whether it is a preview of pari-mutuel betting remains to be seen. For now, Nevada bettors are bullish on Epicenter to win Saturday’s running of the $1.65 million Preakness Stakes. They also made a significant move on long shot Creative Minister.

After finishing second in the Kentucky Derby, Epicenter was no better than 5-4 in fixed-odds wagering Tuesday night at three sportsbooks based in Las Vegas. He carried that plus-125 price at Circa Sports, where he had opened at plus 135 on Monday.

Two other books posted their first Preakness odds Tuesday. Epicenter was even money (plus 100) at Caesars Sportsbook at William Hill Nevada. He was odds-on at about 9-10 (minus 110) at the Westgate Superbook.

Secret Oath, the Kentucky Oaks winner who could become the second filly in less than 20 months to win the Preakness, was best priced at 5-1 at Caesars at William Hill and also at the Westgate. The same odds were available for Wood Memorial (G2) runner-up Early Voting at the Westgate.

In the day since Circa was first in Nevada to open a Preakness pool, Creative Minister generated its most significant steam. The allowance winner on the Kentucky Derby undercard who was a $150,000 supplement into this weekend’s field shortened to 9-1 after he had opened at nearly 15-1 (plus 1495). By Tuesday night Creative Minister’s best price was 10-1 at Caesars at William Hill.

These were the odds Tuesday night at the three Nevada casino groups taking action on the Preakness compared with the morning line for pari-mutuel wagering at Pimlico: