Las Vegas has two new favorites for the Kentucky Derby 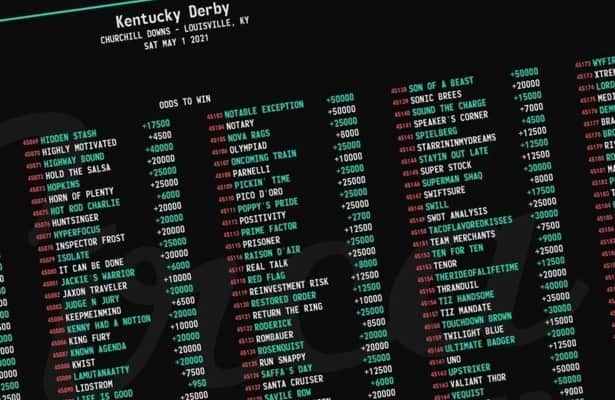 With Life Is Good out of the running, one Las Vegas sportsbook made Concert Tour and Essential Quality the new 9-2 co-favorites to win the Kentucky Derby.

Circa Sports reposted its futures about four hours after the news broke about Life Is Good’s training setback – and a half-hour after Hot Rod Charlie was an upset winner in the Louisiana Derby (G2).

“Obviously, Life Is Good was our definitive favorite,” said Paul Zilm, risk supervisor at Circa. “Him being injured and now off the Derby trail changes the picture completely. We had significant liability to him, but you hate seeing an injury sideline such a promising looking horse.”

Life Is Good had been 3-1 (actually plus-325) at Circa and 7-2 at William Hill Nevada before a left-hind issue was diagnosed after his workout Saturday morning at Santa Anita.

Although his most heavily bet colt will be out until this summer, trainer Bob Baffert still has a co-favorite for the Derby in Concert Tour. Reigning Eclipse Award winner Brad Cox looks after Essential Quality.

Greatest Honour, the likely favorite for Shug McGaughey in next Saturday’s Florida Derby (G1), is now the third choice at 9-1 to win at Churchill Downs in six weeks.

Also based in California, Hot Rod Charlie turned in a victory at Fair Grounds on Saturday that led Circa to shorten him from 26-1 to 9-1, the fourth choice in its Derby futures.

“We have significant liability to him already,” Zilm said. “I was impressed with his run. He took advantage of a great break.”

“Barring injuries or trainers saying ‘no, thanks,’ the Fair Grounds crew of Proxy, Midnight Bourbon and Mandaloun should all be there May 1,” Zilm said.

“Both are deserving of being co-favorites on what they have done on the track and the support they have seen from bettors,” Zilm said.

Unless Saturday’s developments alter Baffert’s plans, Concert Tour is expected to race next in the Arkansas Derby (G1) on April 10 at Oaklawn Park. Trained by Brad Cox, Essential Quality is ticketed for the Blue Grass Stakes (G1) on April 3 at Keeneland.

William Hill had not reposted its Derby futures Saturday evening. Its routine is to take them down before points preps and reposting them the following morning.