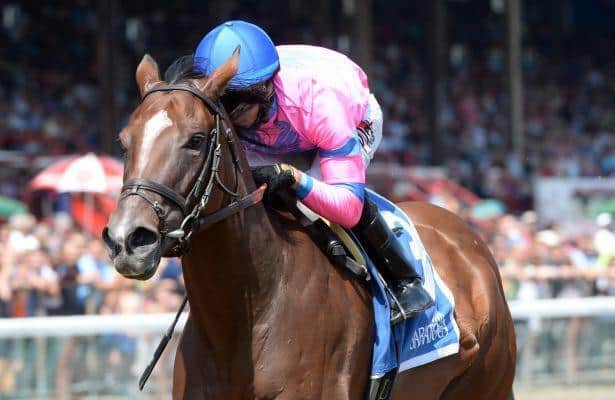 La Kara Mia, the first foal out of the recently deceased champion La Verdad, has been entered for her career debut Thursday at Belmont Park.

In a six-furlong turf sprint restricted to New York-bred fillies 3 and up, La Kara Mia drew post No. 6 in an oversubscribed field on day two of the postponed meet. With the race going as the last of 10, post time is 6:08 p.m. ET.

By Medaglia d'Oro, the Lady Sheila Stable homebred was a $775,000 RNA from the Fasig-Tipton New York Saratoga Select yearling sale in 2018.

Lady Sheila Stable also bred and campaigned La Verdad, who was euthanized on May 10 following a bout of colic days after foaling a colt by Into Mischief.

La Kara Mia is trained by Linda Rice, who also conditioned the filly's mother, a winner of 16 races from 25 career starts. La Verdad was victorious in graded stakes races four times and won the 2015 Eclipse Award as Champion Female Sprinter.

In 2019, La Verdad foaled a filly by Curlin, who was an RNA for $600,000 at the Keeneland November 2019 breeding stock sale. The recent Into Mischief foal is her only colt.