King Guillermo back at work and on target for Kentucky Derby 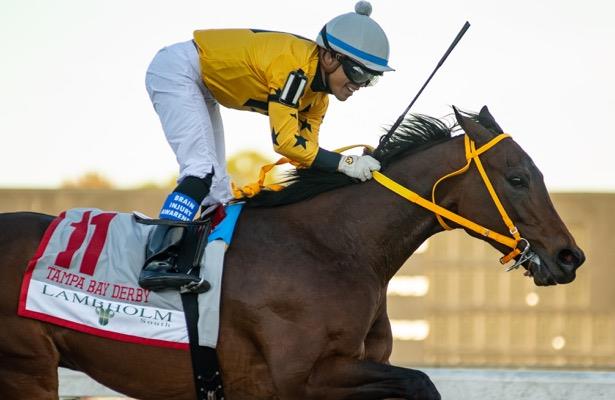 King Guillermo, runner-up to Nadal in the May 2 Arkansas Derby, took a couple of months off afterward because "the race hit him a bit," said his trainer, Juan Carlos Avila.

The surprise winner of the Tampa Bay Derby (G2) in March, King Guillermo has been aimed at the 2020 Kentucky Derby since his Arkansas Derby trip, with connections opting to skip the Belmont Stakes or other preps.

King Guillermo, with a record of 2-1-1 in five starts, is owned by former MLB All-Star Victor Martinez under the Victoria's Ranch banner. He is No. 5 on the Kentucky Derby leaderboard, with 90 points.

And Avila, translated by his daughter, Tabitha Avila, said the first Saturday in September at Churchill Downs is still the plan.

Avila has been pleased with King Guillermo's training. "When he works, he works with everything he has," Avila said. "And he wants to do that every day. And what he brings is a lot better."