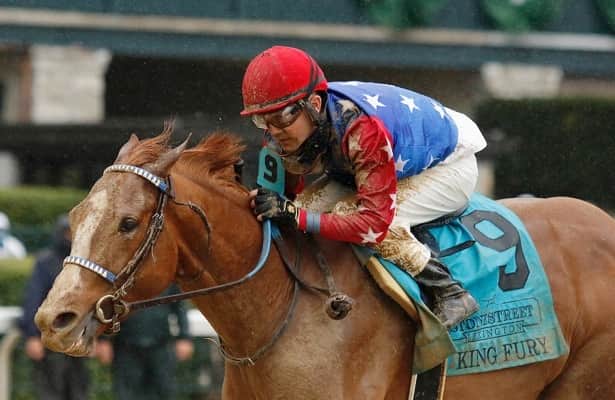 King Fury has run against some of the nation’s top 3-year-old colts this year, including his most-recent fifth-place effort behind top Breeders’ Cup Classic rated horse Essential Quality in the Travers (G1). Trained by Kenny McPeek, the son of Curlin broke his maiden at Churchill Downs on debut and scored a half-length victory in the Street Sense Stakes last fall.

King Fury’s 3-year-old campaign includes a 2 3/4-length victory in the Lexington and a runner-up finish to Masqueparade in the Ohio Derby (G3). King Fury will be reunited with jockey Brian Hernandez Jr. for Saturday’s race, who has been aboard the chestnut colt for all three of his victories. The duo will break from post No. 4.

Also entered in the Bourbon Trail is Rupp Racing’s stakes winner Gagetown. Trained by Brad Cox, Gagetown most recently finished third in the $250,000 St. Louis Derby and $250,000 Iowa Derby. The son of Exaggerator won the $50,000 Prairie Mile in June. Martin Garcia will ride from the rail.