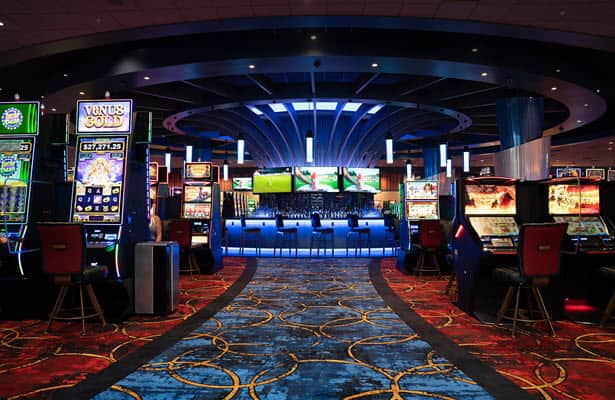 Kentucky Gov. Andy Beshear brought at least a temporary end to the state’s Historical Horse Racing (HHR) drama on Monday, as he signed Senate Bill 120 into law, expanding the state’s definition of pari-mutuel wagering to include the HHR machines.

“Today I signed SB 120 into law, protecting our signature Thoroughbred industry in the commonwealth,” Beshear said in a social media post. “We still need to enact a more fair and equitable tax structure and believe our partners are committed to doing so.”

The HHR machines have been operating in Kentucky since 2011, but faced extinction in 2020 due to a state supreme court ruling that determined them to not be pari-mutuel and therefore illegal in Kentucky.

The lawsuit was brought by the Family Foundation, a conservative organization that opposes expanding gambling. The foundation released a statement before the bill was signed decrying the law.

“The legislation was in response to a unanimous 7-0 ruling by the Kentucky Supreme Court that the machines were not pari-mutuel in the way they operated and therefore illegal,” the statement from Martin Cothran, a senior policy analyst for the Family Foundation, reads. “In response, the legislature, ignoring the Court’s criteria for what constitutes pari-mutuel wagering, simply wrote a new definition for pari-mutuel wagering, one not shared by anyone outside Kentucky.”

Supporters of HHR claimed if the machines were to shut down, the revenue loss would cripple the horse industry and force the closure of several tracks, including Ellis Park, Turfway Park and Kentucky Downs.

The Kentucky Equine Education Project, which was in favor of keeping HHR operating, issued a statement thanking Beshear for signing the bill.

“We are optimistic about the horse industry’s road ahead and remain committed to keeping Kentucky a world-class racing destination for many years to come,” the statement reads.

The Family Foundation, which has claimed that expanding the definition of pari-mutuel wagering requires a constitutional amendment rather than the bill that was passed. The organization could file another lawsuit in the future to contest that point.